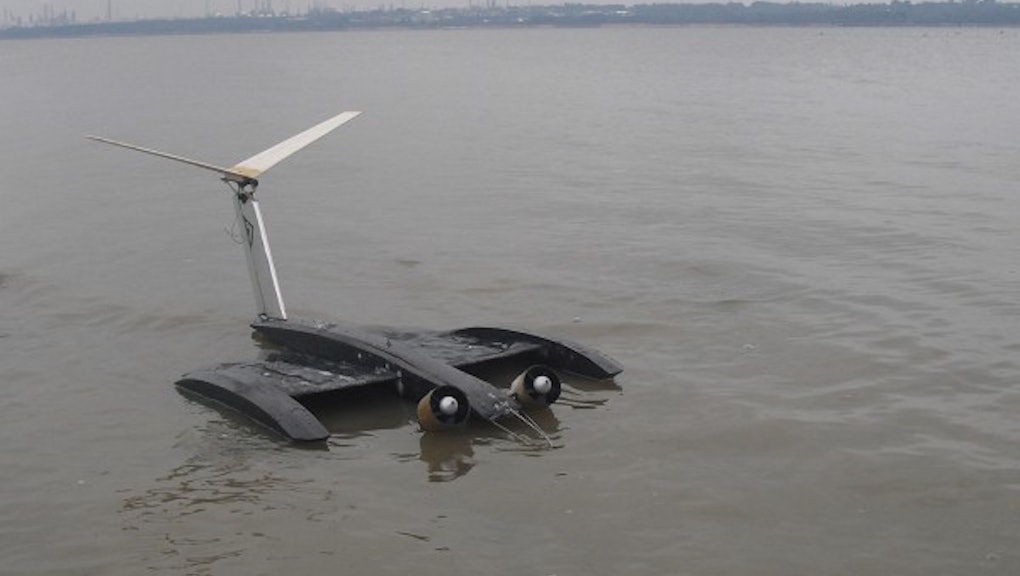 These Drones Were Inspired by the Way Bats Fly

The University of Southampton has developed a new drone with wings inspired by bats. Rather than the rigid extensions that most unmanned aerial vehicles sport, this one has wings with a flexible membrane that can cover long distances and run more efficiently, according to the university.

The research team at Southampton has created a material that acts like muscle in the way that it responds to various environmental factors like increased wind. The fiber is made with electro-active polymers that are connected to an electrical source that shocks them, which alternately allows the fabric to become rigid or remain loose as needed to maintain flight. This flexibility in the wing is what lets Southampton's micro air vehicle fly longer distances than a typical drone, the school said.

To see how the bat drone worked in practice, researchers tested a prototype of the MAV to see if it could hover just above a body of water. Further computational research was provided by the Imperial College London.

"We've successfully demonstrated the fundamental feasibility of MAVs incorporating wings that respond to their environment, just like those of the bats that have fueled our thinking. We've also shown in laboratory trials that active wings can dramatically alter the performance. The combined computational and experimental approach that characterized the project is unique in the field of bio-inspired MAV design," noted project lead Bharath Ganapathisubramani, also a professor of experimental fluid mechanics at the University of Southampton.

He said his team will now be tasked with fitting the fabric wings into more typical MAV designs with an eye toward practical applications for this drone model. The University of Southampton hopes to put the drone into action in the next five years.