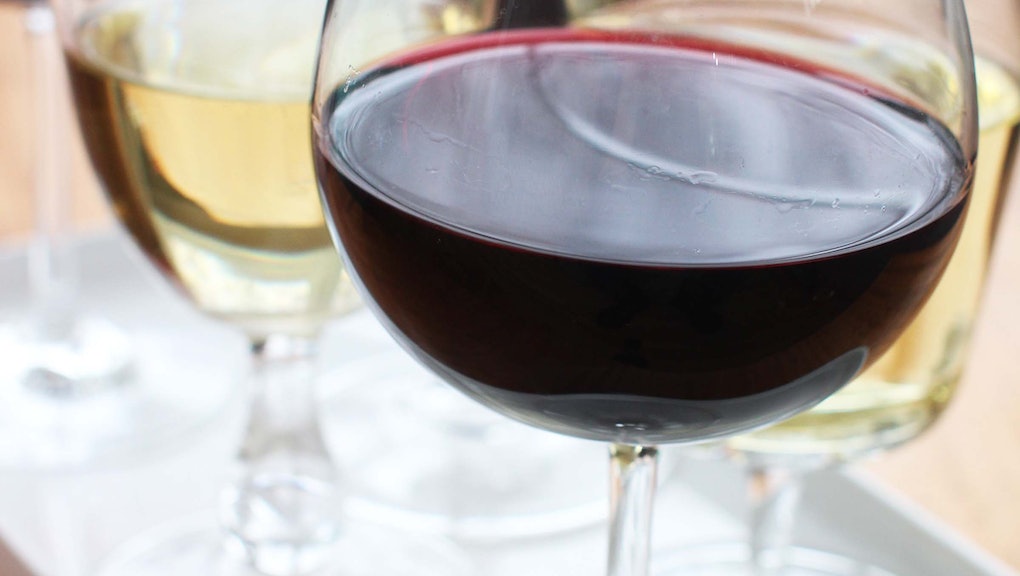 What Is a Tannin? Here's How We Detect a Wine's Texture

When swirling a glass of wine and discussing its flavor and characteristics, the lingo word that arises tends to be tannin. No matter how hard it is, just try not to picture a team of grapes leisurely lying beachside in the sun.

In a less fun reality, tannins are polyphenols (an antioxidant) found in the skin and stems of all grapes and add complexity and ageability to a wine, the Washington Post reported. Tannins are also found in black tea and are scientifically associated with being anti-inflammatory and anti-carcinogenic. They're not able to be tasted or smelt, but are rather a sensation felt in the back of the mouth. Fewer tannins make a wine more velvety while more tannins make it drier and more astringent, Food and Wine reported.

Tannic levels are most associated with red wines since whites are often fermented sans skin, the Washington Post reported. Tannins help red wines age through a process in which they lengthen as sediment in wine known as polymerization.

Read more: Science Has Some Excellent News for Wine Drinkers

Wines high in tannins are cabernet sauvignon and petit verdot, while low tannin wines are merlot and pinot noir, according to wine guide Wine Folly.

Vintners take careful consideration when harvesting the grapes, as their tannic levels affect the winemaking process. Grapes for pinot noir are fermented with its stems while cabernet sauvignon is stemmed first since its grapes are more tannic, the Post reported. Similarly, letting the grapes soak in their own juice makes the wine more tannic, as exposing the wine to bits of oxygen in a process called micro-oxygenation makes it less.

New oak barrels have the ability to soften tannins by slowly introducing oxygen into the wine in a way similar to micro-oxygenation, according to the United States Forest Service. But a barrel's efficiency lowers the more it is used. The barrel is how white wine can still attain tannins, Wine Folly reported.

Acidity in wine is similar but still differs from tannic levels, as it can be found naturally in the grapes (from soil or sun exposure) or added, and affects the side of the tongue by causing a stinging sensation or sour taste, Food and Wine reported.

Perhaps the most important takeaway from tannins are that fat cuts tannin, so a high tannic red wine matches perfectly with a rich red meat, like a steak, the Post reported.