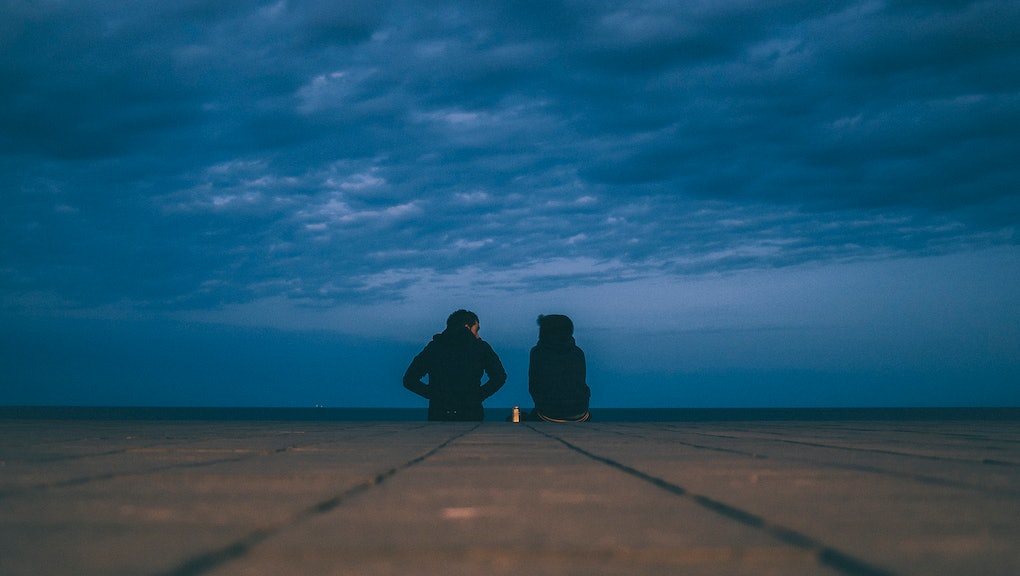 How to Know If Your Significant Other Is Cheating — If You Have to Ask, It's Time to Talk

Disclaimer: Blanket advice doesn't work for relationships, because every relationship is different. What might be a red flag in certain situations is, in others, easily explained by mitigating circumstances specific to the individuals in question. Sure, shady behavior can and often does mask shady activity, like cheating — when our suspicions are strong enough that we seek advice from the internet, there might be something to them. But constant suspicion and paranoia may also point to an unhealthy relationship.

"Suspicion has a dynamic expansion; it is a kind of self-fulfilling prophecy," Aaron Ben-Zeév, who studies human emotion, wrote for Psychology Today. "The person's suspicion becomes the prism through which the world receives its meaning. Suspicion colors the person's picture of reality and supplies a permanent device for interpreting the partner's behavior."

Read more: Should I Break Up With My Boyfriend/Girlfriend? 10 Signs It May Be Time to Call It Quits

And yet suspicion is often an impossible thing to avoid, especially when a very familiar someone starts acting demonstrably weird. That feeling that something is not right, is worth paying attention to.

In 2011, private investigator Raymond B. Green and psychology professor Marcella Bakur Weiner put together a list of 32 signs a person might be cheating. The unifying theme is an abrupt shift in behavior: A person suddenly becomes all about their partner's needs or pulls away; becomes hypercritical of their partner or takes harmless remarks personally; is touchy about privacy seemingly out of the blue or, on the flip side, hypersensitive to their partner's perceived suspicious behavior; stops wanting to have sex; changes their schedule and becomes inexplicably less available.

Again, if someone is guilty of one of the items on Green and Weiner's list, that doesn't necessarily mean they've been unfaithful. Even if every single point describes a particular partner, that's not hard evidence of their infidelity (although it would likely make them a nightmare to be with). Relationship norms and individual emotions are always subjective, and it's this same subjectivity that makes the question "is cheating ever OK?" so difficult to answer.

"By definition, infidelity involves deception and disloyalty, two things that are always toxic to relationships," an article on eHarmony says. "No one can legitimately claim it is 'harmless' — though cheaters often try."

That response seems a little limiting and also, a little accusatory. Trust is critical to any relationship; if cheating undermines trust and the couple can't come back from that, then cheating is not OK. But there are a countless number of other factors to consider. If infidelity is a pattern for one party; if that person is unable or unwilling to change, knows their behavior is upsetting to the other, then the relationship prognosis doesn't look good.

It's also worth talking about both parties' positions on monogamy. Do both halves of the couple believe in it? Or does one — or both — think that people can sustain multiple attractions at once without diminishing their love for their significant other? Open relationships and polyamory are far from unusual these days.

"Couples — and these are younger people, 20 somethings, maybe early 30s – are negotiating what their brand of monogamy can be," Lair Torrent, a New York-based marriage and family therapist, told Rolling Stone. "They are opening up to having an open relationship, either in totality or for periods of time."

The taboos around open relationships are receding, and although that doesn't mean every millennial is changing with the times, it does mean that more and more people appreciate the validity of having multiple partners. The only way to know if one or both parties can be satisfied with monogamy is to ask. If they can, if they both want to see only one each other, great; if they're both comfortable with seeing multiple people, then they should keep talking — especially about what the rules need to be and what can work for them.

What all of this comes down to is getting on the same page. Lies and deception corrode human relationships, romantic or otherwise. The only way to know when something is or is not broken is to talk about it honestly.