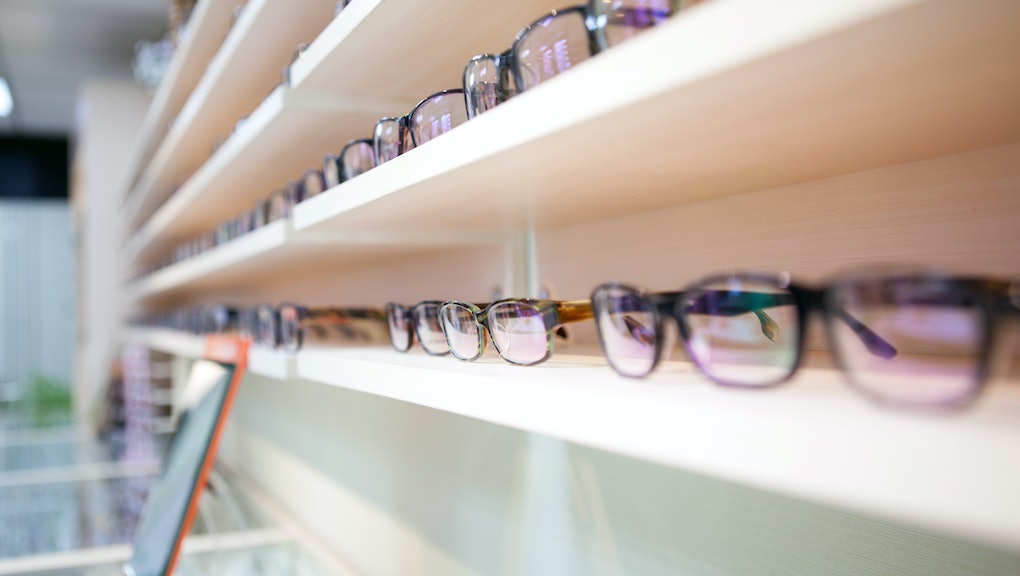 Oh, God, We're All Going Blind Because No One Goes Outside Anymore

How will the world look in 2050? Probably a little blurry, thanks to skyrocketing rates of nearsightedness.

Myopia is becoming so prevalent, nearly 50% of the world will have it by 2050, according to new research published in the journal Ophthalmology. That's a huge jump from 22%, the global prevalence of nearsightedness in 2000.

The study also predicts that around 10% of the world will have high myopia, a severe form of nearsightedness that can lead to blindness. That means the number of people who incur permanent vision loss from high myopia would increase more than sevenfold from 2000 to 2050, "and myopia would become a leading cause of permanent blindness worldwide," the researchers wrote.

If the predictions are accurate, it means the world should probably start thinking about how we're going to treat the problem.

"The benefits of a multifaceted myopia control system to buffer this scenario would be substantial," the researchers wrote.

The problem is especially prevalent in parts of East Asia, where rates of myopia have doubled and tripled over the last 40 years, CNN reported, adding that Hong Kong, Singapore and Taiwan have myopia rates around 80%. According to a 2004 study that documented rates of myopia among Taiwanese schoolchildren over a 20-year period, the prevalence of myopia among 16- to 18-year-olds increased from an already-high 74% in 1983 to 84% in 2000.

Why is it happening? So far, no one has pinpointed the answer. But there are theories.

"Looking at the evidence, there are many factors that are probably behind the increase in myopia," pediatric ophthalmologist K. David Epley, a clinical spokesperson for the American Academy of Ophthalmology, told Mic. "Studies have shown correlations between myopia rates and urbanization, lack of exposure to UV light, education level and how much time is spent doing near-work. That can include reading, whether it's on a book or a smartphone. But to be honest we still haven't quite nailed down exactly why."

The researchers suggest environmental factors are responsible — "principally lifestyle changes resulting from a combination of decreased time outdoors and increased near work activities, among other factors," they wrote.

"So-called high-pressure educational systems, especially at very young ages in countries such as Singapore, Korea, Taiwan and China, may be a causative lifestyle change, as may the excessive use of near electronic devices."

"Other proposed causes include light levels," they continued, "which may be directly related to time outdoors."

Indeed, past research has linked sunlight exposure to myopia prevention, according to Wired. Sunlight reportedly triggers the release of dopamine, which can stop our eyes from growing too long — the cause of nearsightedness. A recent study found that when a group of Chinese first-graders spent 40 more minutes outside per day, their incidence of myopia decreased over the next three years.

The link between outdoor exposure and myopia is why some students in China have started attending classes taught in large boxes made of translucent plastic, believe it or not.

So what can we do?

"Based on the evidence we have, I think it is fair to say we should encourage children to get outside more," Epley said. "Being outside can be good for a person's eye health and overall health, particularly if activity is a part of the time spent outdoors. That's really a win-win situation, and it doesn't cost anything.

"It may sound cliched, but a healthy diet and exercise are beneficial to our sight and the overall health of our eyes. It's not quite like in the cartoons, where eating carrots gives you better vision. But the nutrients in fruits and vegetables and fatty acids from foods like cold-water fish and nuts have been shown to reduce risk of eye diseases (such as age-related macular degeneration) that can cause blindness."

And take breaks from your tablet. "While we would never discourage anyone from reading, we do recommend everyone take breaks from intense long periods of reading or working on a computer or looking at devices," Epley said. "This will prevent eye strain and dry eye."

Put down your phone and go outside a little more often. We can't promise you'll definitely be saved from myopia, but you'll at least feel less like a Candy Crush-addicted vampire.