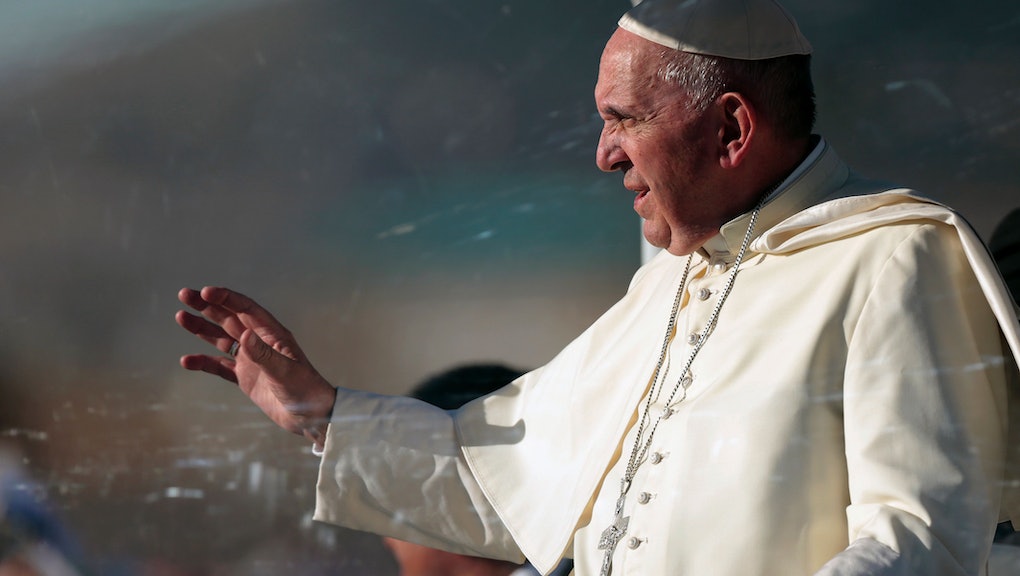 Pope Francis, leader of the Roman Catholic Church, just made history by condoning "artificial contraception" for women at risk of contracting the Zika virus, which many scientists believe is spread by a specific kind of mosquito. Health officials believe the virus is linked to microcephaly, or abnormally small brains, in newborns when pregnant women are infected.

While returning to the Vatican from Mexico, the pope was asked his views on the subject and he replied that, in these extenuating circumstances, contraception was permissible.

Pope Francis, however, maintained that abortion was by no means morally acceptable under any circumstance, according to the Associated Press.

Thus far, the virus has been found in 21 countries across the world, but Brazil has been hardest hit, seeing a spike in the number of babies born with microcephaly in recent months.

The pope's declaration marks a historic departure from the Vatican's rhetoric, which has, for centuries, condemned all forms of contraception.