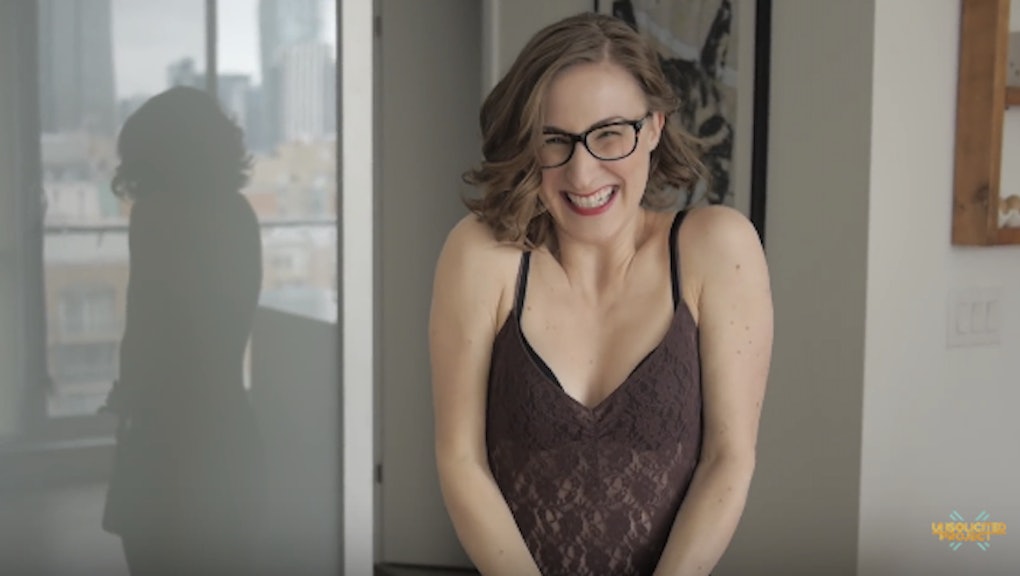 It's unfair to suggest that all men put little effort into preparing for a first date. But it's likely safe to assume that few men's routines include planning for the possibility of actually being murdered. The same can't be said for many women, as shown in a new video by the Unsolicited Project.

While getting ready to meet "Paul," the video's protagonist shares her plans with a friend. If "the night goes well" after meeting Paul at a bar, they'll move to a club, she tells her friend before asking if she can "send me a safety text at like 9 and then another one at 11?"

After her friend agrees, the woman asks if she can also, "remember exactly what I'm wearing right now just in case I go missing," which prompts her friend to take a picture for potential future reference.

"I'm going to send you photos of notable landmarks every half hour so the police have a timeline of where I've been," the woman assures her friend.

"I've enabled the tracking on my phone so you can log in online and see exactly where I am at all times," she adds, "so if I'm ever way off course or in one spot for more than three hours don't even text me, call the police. And if I ever send a text that's just random emojis, call the police."

The woman then notes all the safety-related accessories she's packed in her purse, including a whistle, mace and a switchblade.

The video then cuts to a man — presumably Paul — whose preparation involves little more than telling a friend he's leaving and walking out the door.

Social experiments have previously suggested that the biggest online dating fear for men is that their date will be "fat," while women are most worried about facing potentially lethal violence, as the Huffington Post noted in 2014. And their fear is hardly unfounded: 14 women were attacked by men they turned down in the U.S. in 2015, Mic's Jenny Kutner reported Tuesday, and intimate partner violence more generally is still widespread. In fact, 1 in 3 women has been a victim of some form of physical violence by an intimate partner in their lifetime, according to the National Coalition Against Domestic Violence.

While poking fun at the issue can powerfully underscore the truth at its core, it's crucial to remember the gender safety gap underscores the daily experiences of far too many women — and it's high time it comes to an end.