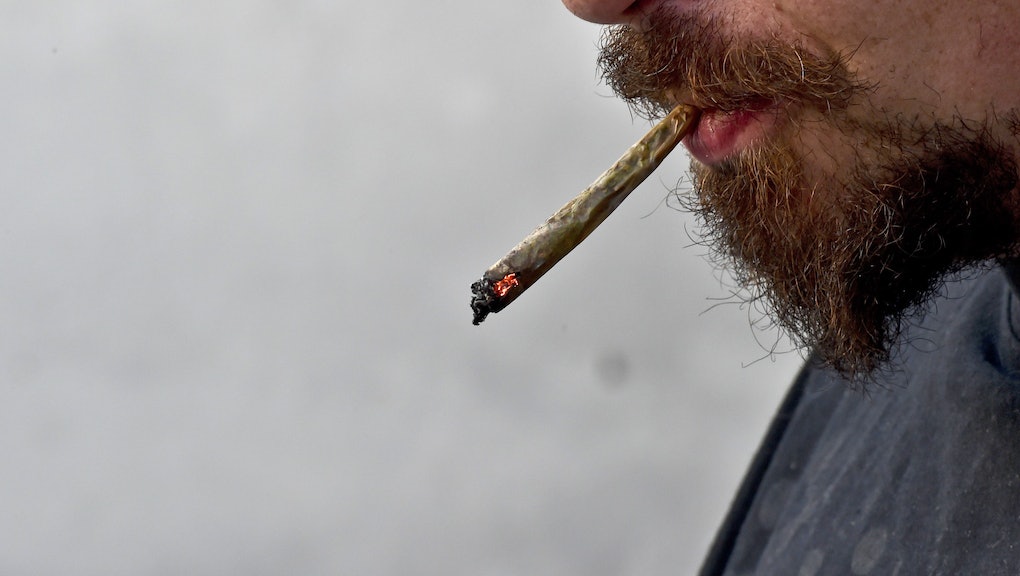 How Long Does Marijuana Stay in Our Systems? Here's Why There's No Definite Answer

A marijuana high lasts only a few hours (around six if an edible is consumed), but traces of tetrahydrocannabinol, or THC, remain in the body for much longer than that.

Marijuana can be detected through both blood and urine tests, which are frequently conducted for DUIs and employers. If inhaled, marijuana enters the bloodstream through alveoli in the lungs. If marijuana is eaten, the liver breaks down THC into non-psychoactive marijuana metabolites, which linger in the body and are stored in fatty tissues. Some THC metabolites have a half-life of 20 hours, while others like THC-COOH have a half-life of 13 days, according to High Times.

Read more: Can You Smoke Marijuana While Pregnant? Here's What Experts Have to Say

A 2014 study found that regular marijuana users have traces of marijuana in their urine for about two weeks, according to High Times. The study also found that a tiny bit of THC can still be present in the blood of a regular user despite abstaining for several weeks.

Urine tests measure THC-COOH, since it has a very long half-life in the body, according to the website for the California branch of the marijuana advocate organization Norml. Blood tests are used to measure THC levels, and directly correlate with impairment at the time the test is taken.

For infrequent users, marijuana can be detected in urine for around a week or more, and blood tests can measure active THC levels for around 24 hours.

For frequent or heavy marijuana users, their urine tests may show up positive for up to 100 days after their last use, and blood tests will show the presence of THC for up to one week.

THC-COOH builds up in the body each time marijuana is used, and thus takes even more time to decline, according to Norml.