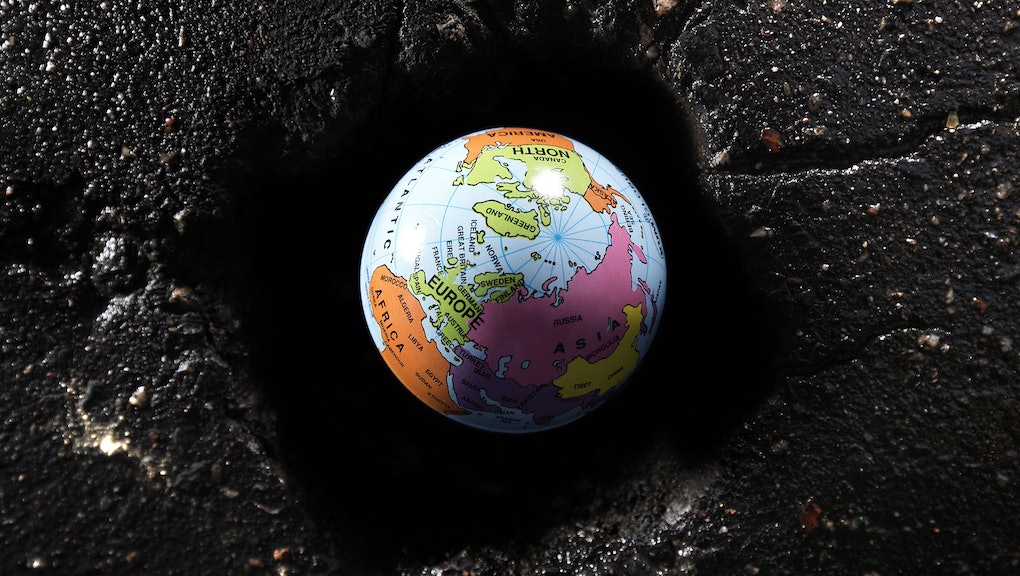 The "supermassive" black hole is 300 million light years away from us and resides right in the middle of the Coma Cluster, part of the NGC 4889 galaxy, the Hubble Space Telescope's official website explains.

"The placid appearance of NGC 4889 can fool the unsuspecting observer," reads the website. "But the elliptical galaxy, pictured in this new image from the NASA/ESA Hubble Space Telescope, harbors a dark secret. At its heart lurks one of the most massive black holes ever discovered."

Read more: If You Ever Fall Into a Black Hole, There's Only One Way to Survive

Its diameter is around 80 million miles, but — never fear — the black hole is apparently dormant. (And, should the spacetime region ever come back to life and suck you in, here's a handy survival guide.)

"Astronomers believe that the gigantic black hole has stopped feeding, and is currently resting after feasting on NGC 4889's cosmic cuisine," NASA notes, equipped not just with astronomers, but budding poets too. "The environment within the galaxy is now so peaceful that stars are forming from its remaining gas and orbiting undisturbed around the black hole."

This has been a big week for space. On Feb. 11, the Laser Interferometer Gravitational-Wave Observatory announced their discovery of two colliding black holes, which produced "ripples in the fabric of space-time," Mic's Max Plenke wrote on Feb. 12. Most notably, this discovery confirmed scientist Albert Einstein's theory that such ripples in the space-time continuum exist.

If you're feeling spacey — or, say, on mushrooms — you can watch the Hubble Space Telescope's images of the sleeping monster here: