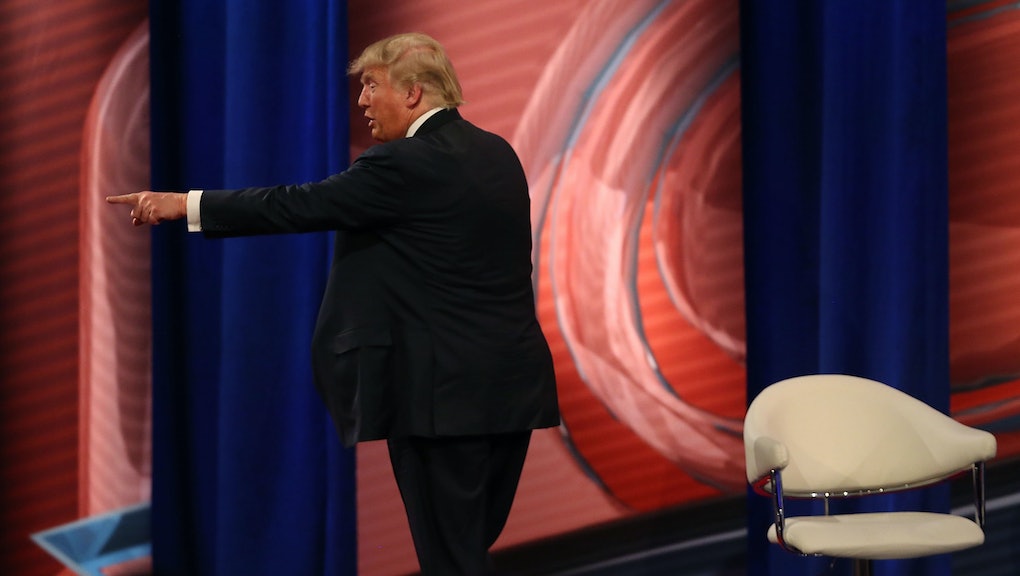 Donald Trump Exposes His Hypocrisy by Mistaking Bernie Sanders for Himself

Republican presidential frontrunner Donald Trump has regularly bashed the Democratic presidential candidates (all candidates for that matter) since he announced his candidacy, but he exposed his hypocrisy at an MSNBC town hall interview Wednesday when he mistook a description of Sanders' campaign policies for his own.

"You're describing Donald Trump," he said to the interviewers' description of a purposefully unnamed candidate that's "considered a political outsider by all the pundits," "tapping into the anger of the voters," "delivers a populist message" and "believes everyone in the country should have health care," among other qualities the two polarizing candidates arguably share.

"Actually I was describing Bernie Sanders," one of the MSNBC reporters awkwardly corrected Trump's instinctive assumption.

Of course, Trump scrambled to the defense. "I'll tell you there's one thing that we're very similar on," he said. "He knows that our country's being ripped off big league, big league on trade." Wait for the inevitable insult...

"The problem is he can't do anything about it."

"Why not?" one of the interviewers asked.

Read more: What Does Justice Scalia's Death Mean for These Major SCOTUS Cases?