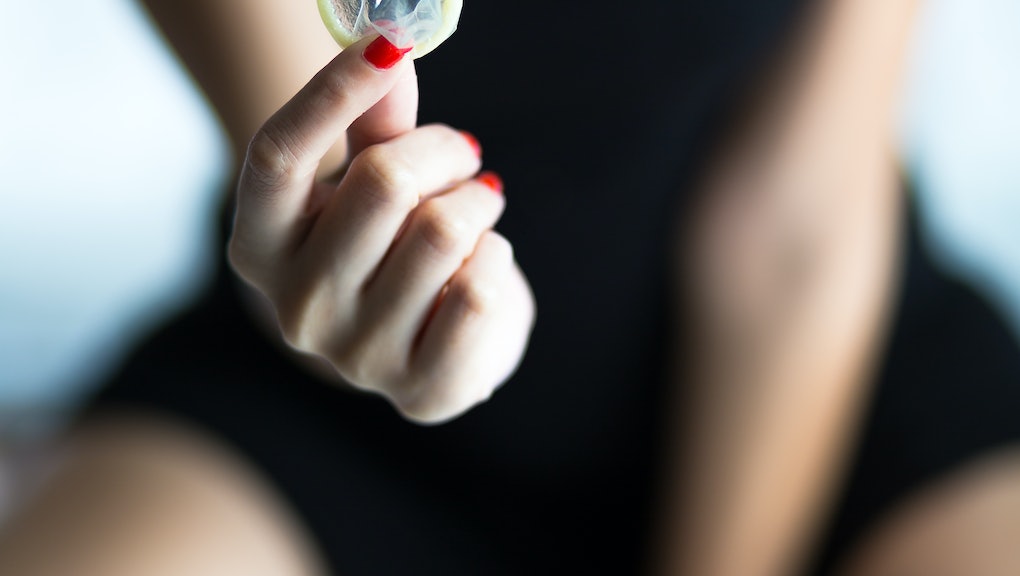 On Thursday, the California Division of Occupational Safety and Health (Cal/OSHA) voted against a new set of regulations that would require the use of condoms in adult films. The proposal would have pushed adult film studios to provide other protection, like dental dams, gloves and, yes, maybe eye safety gear, on set.

At a hearing in Oakland, California, three Cal/OSHA regulators voted in favor of the proposed regulations, which supporters claim will improve performer safety and better prevent the spread of sexually transmitted infections. The remaining two regulators, however, sided with the scores of adult industry workers who oppose the new rules, many of whom argued that the proposal violated performers' individual rights.

More than 100 performers and producers appeared at Thursday's Cal/OSHA hearing and spoke out passionately against the new regulations. According to Vocativ, the rejected rules stated that if a work activity "may expose the employee's eyes, non-intact skin, or mucous membranes to blood or OPIM-STI [other potentially infectious materials-sexually transmitted infections], the employer shall provide condoms or other suitable barrier protection."

So, if a performer's genitals, anus, mouth, nose or eyes — all mucus membranes — were exposed to "bodily fluids and other substances that may contain and transmit sexually transmitted pathogens" (including "pre-ejaculate, ejaculate, semen, vaginal secretions, fecal matter and rectal secretions") then they would need to wrap up... or put on gloves or other protective gear.