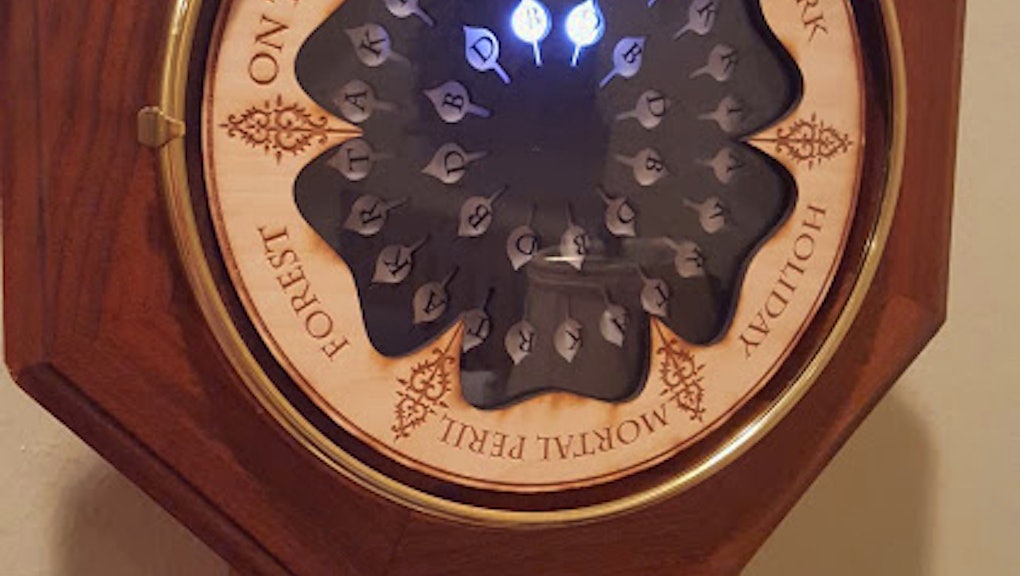 College Student Re-Creates the Weasleys' Wizardly Clock, Proving Muggles Can Do Magic Too

Remember that clock the Weasleys had in Harry Potter that kept track of where each family member was at all times, be it the dentist, prison, Quidditch or several other options?

A Muggle college student, Trey Bagley, has re-created it.

Bagley, a student at Duke University, used a vintage clock he connected to his family's smartphones. He told BuzzFeed he created the clock to bring his family, all avid Harry Potter fans, together after they've gone their separate ways.

"From midnight book releases to Halloween costumes and birthday parties to visiting the filming locations, ['Harry Potter' has] been something that we could all share and get excited about," he said.

Here's how he did it:

1. "I started by gutting a broken clock I found at an antique store," Bagley explained on Imgur.

2. "I drew out specs for all the vector patterns and gave it to a friend who knew how to use Illustrator ..."

3. "... and laser cut/etched those vectors onto wood! You can see the loose innards of the clock here — it's really just a particle photon connected via a breadboard to an addressable LED strip."

Alright you just lost us, but it sounds magical — or just intricately technical.

Thanks for helping Muggles believe in magic, Bagley.