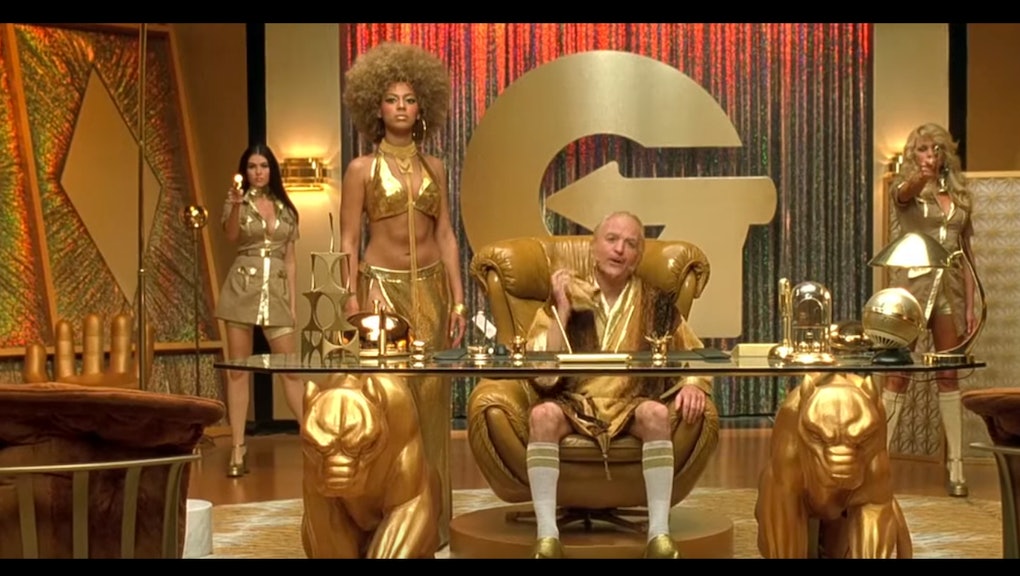 5 Beyoncé Movie Roles You May Be Shocked to Remember Exist

With the unexpected release of her latest single, "Formation," Beyoncé has once again demonstrated she's constantly transforming herself and her music. "Formation" is a powerful track, and a glowing tribute to black empowerment — and her wide-ranging fanbase was understandably thrilled. Furthermore, with her latest tour on the horizon (it begins in April), fans can expect more new tracks from Queen Bey in the near future.

However, while Bey's music career, spanning back to her days with Destiny's Child, has been a resounding success, she's also taken time to venture into the film world. While her acting career can't compete with her musical accolades, Beyoncé has been in several music-centric films, including the Oscar-winning Dreamgirls.

Of course, a music artist in a musical film role is not that surprising. Even Eminem did it in 8 Mile. Beyoncé has, however, been featured in films you might not expect — everything from raunchy comedies, psychological thrillers and animated work. Clearly, Queen Bey is as versatile an actress as she is a songstress.

The third installment of the Austin Powers trilogy was actually Bey's first feature film role, as FBI agent Foxxy Cleopatra. (She did have a role in TV movie Carmen: A Hip Hopera the year prior.) The film heavily focused on Mike Myers and his many roles within the film — as the titular character Austin Powers, in addition to antagonists Dr. Evil and Goldmember.

However, Beyoncé has her moments in Goldmember as well. Compared to the rest of Austin's love interests in the series, she certainly brought the most sass.

Bey takes a similar role in The Pink Panther remake, though the film was more poorly received by critics than Goldmember was. She plays the girlfriend of a soccer coach (Jason Statham, of all people). After he is murdered and his valuable Pink Panther ring is stolen, inspector Jacques Clouseau (Steve Martin) jumps on the case to solve the mystery.

Martin serves as the main comedic instrument in this film, though, leaving Beyoncé with little more to do than appear perplexed at Clouseau's odd antics. She got a great song out of it, though.

Obsessed is a film that's probably the most out of Bey's wheelhouse, a psychological thriller that falls somewhere between wildly entertaining and too cheesy. It certainly doesn't help that the movie's plot focuses on the dilemma when a new, flirtatious co-worker makes passes at her husband husband Derek (Idris Elba). Who would ever cheat on Beyoncé?

Yet while the movie was rightfully panned by critics, the fight scene between Bey's character Sharon and Lisa (Ali Carter) is well choreographed and truly intense.

Beyoncé's most recent movie role showed her range in the industry, as she took a voice role in the animated feature film Epic. She plays Queen Tara, the ruler of the forest who must choose a successor in her place from a set of leaf pods at the start of the movie. She is, however, attacked by Boggans — evil, insect-like creatures that are determined to take the pod for themselves.

Fatally injured in an attack by the Boggans, she asks the lead character, Mary Katherine (Amanda Seyfried), to protect the pod and return it to its rightful place with the right heir. It's a brief but fitting role for Bey: She is, quite literally, the queen in it.

Though Cadillac Records is a musical biopic, it's a noteworthy role for Beyoncé as the late Etta James. It was so good, in fact, that she was generating Oscar buzz at the time of the film's release. She played a broad range of scenes as James bounced from serious drug problems to issues with her family — and she took it all with stride.

"It's startling to see Ms. Knowles — one of the few pop stars left with a wholesome, good-girl image — swaggering and swearing through her performance," Alan Light wrote for the New York Times in 2008. "But her mother, Tina, who vets all the scripts that are submitted to her, flagged this one as a keeper, noting that the hard-living, emotionally scarred Ms. James could be the role of a lifetime."