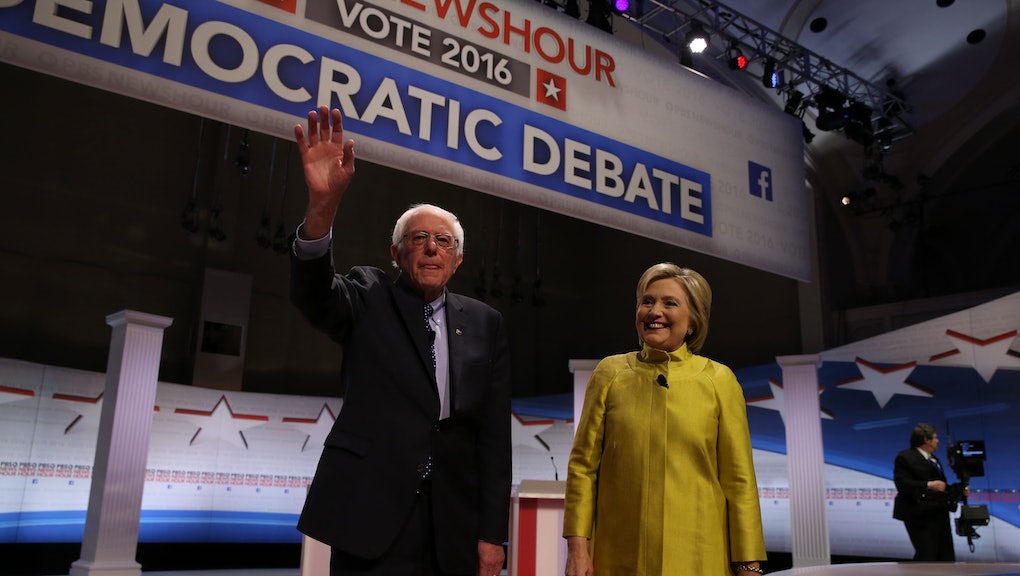 Throughout the topsy-turvy 2016 presidential campaign, one thing has held constant in the fight for the Democratic nomination: Hillary Clinton has led in every single national poll.

But that was before the progressive populist virtually tied Clinton in the Iowa caucuses and proceeded to trounce her in the New Hampshire primary, riding a wave of anti-establishment sentiment. Polls taken since Sanders' Granite State victory have shown a tightening in the Democratic race, but Clinton has retained at least a nominal lead in each.

Notably, the poll finds that Sanders has pulled nearly even with Clinton among female voters, trailing by just three percentage points after lagging behind by 28 points last month. Meanwhile, working class whites — who strongly supported Clinton in her 2008 primary battle against then-Sen. Barack Obama — are increasingly drifting toward Sanders.

Looking ahead to the general election, Sanders starts out in a stronger position against Republican frontrunner Donald Trump, the poll found. Sanders boasts a 53% to 38% lead over the billionaire businessman, while Clinton edges Trump 47% to 42%.

Clinton has made her electability a core argument in her case against Sanders, with her allies suggesting that the self-proclaimed democratic socialist is unlikely to withstand the scrutiny of a general election campaign.

But Clinton faces an increasingly arduous path toward that campaign, with Sanders now outpacing her in fundraising and standing a real chance of pulling off yet another momentum-building victory in Saturday's Nevada caucuses.

It's a fight that few observers were expecting after Sanders launched his improbable campaign last spring, when Clinton crushed him 63% to 6% in the Fox poll.