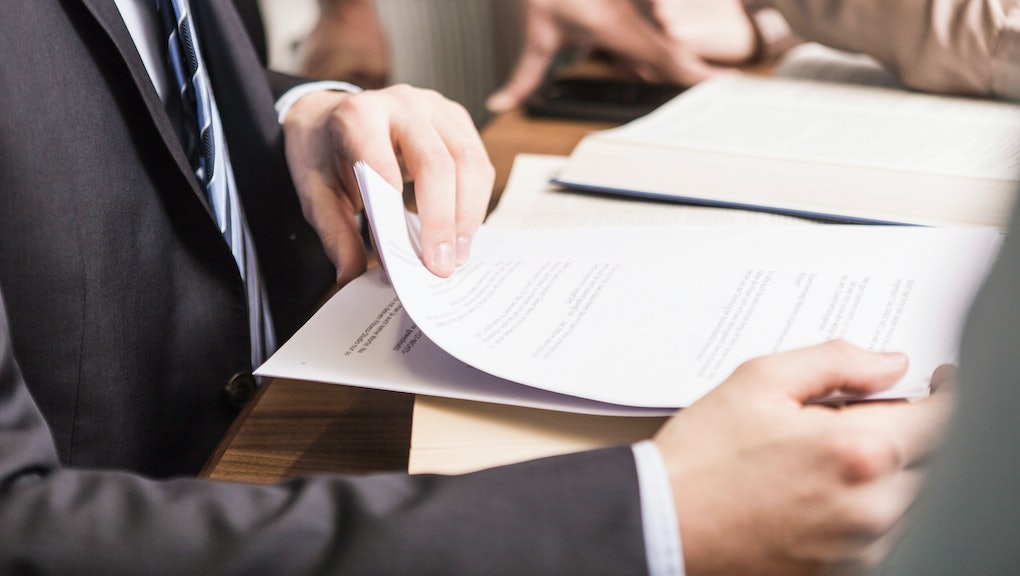 Robots will come for your job and no one is exempt — including lawyers.

A British 19-year-old programmer has designed a bot for helping people to fight their parking tickets. Appealing a parking ticket is a costly pursuit, sometimes more costly than the ticket itself. That is especially true when a lawyer is involved. In the U.K., lawyers' fees start at around £100 per hour.

But with Joshua Browder's robot lawyer, appealing parking tickets is free. Within the first four months of launching donotpay.co.uk, the technology saved car owners millions of dollars in parking tickets.

Browder's website asks users to select the legal scenario they're currently dealing with.

Upon selecting a reason for appealing the ticket, the automated lawyer will either ask further questions about the incident or collect a user's information so it can fill out a letter of appeal. Users can then print the filled-out form and mail it to the court.

Right now, donnotpay.co.uk is only available in the U.K., but in an interview with Tech Insider, Browder said he's working on incorporating U.S. laws into the site, starting with New York City.

Though donotpay.co.uk is an effective legal tool for battling parking tickets, it doesn't have the capability to fight larger legal cases that require creative thinking, analysis, and physically arguing a case before a judge. But tedious tasks like filling out paperwork could be taken over by machines and be completed more quickly.

In a recent interview with Mic, former advisor on innovation to Hillary Clinton, Alec Ross, explained how robots will replace the lawyers of the world. "The job [my father] had for 40 years was creating 9-inch-tall stacks of papers that people can sign at house closings. It's cognitive work, but it's also repetitive," said Ross. "The combination of AI plus robotics, plus blockchain technology will take the job that my father did for 40-some years and mechanize it."

We're already seeing robots take over basic legal tasks. One example is ROSS, a "digital legal expert" built on top of IBM's Watson technology. The tool, created for lawyers, sifts through laws and turns up relevant answers to queries. It also alerts lawyers when new court decisions related to a case they're working on arise.

In the more immediate future, technology like donotpay.co.uk and ROSS are more likely to take the place of legal assistants than actual lawyers. While eventually, automated lawyers could help with even more basic legal work, they're not likely to provide legal counsel — at least not for the foreseeable future.