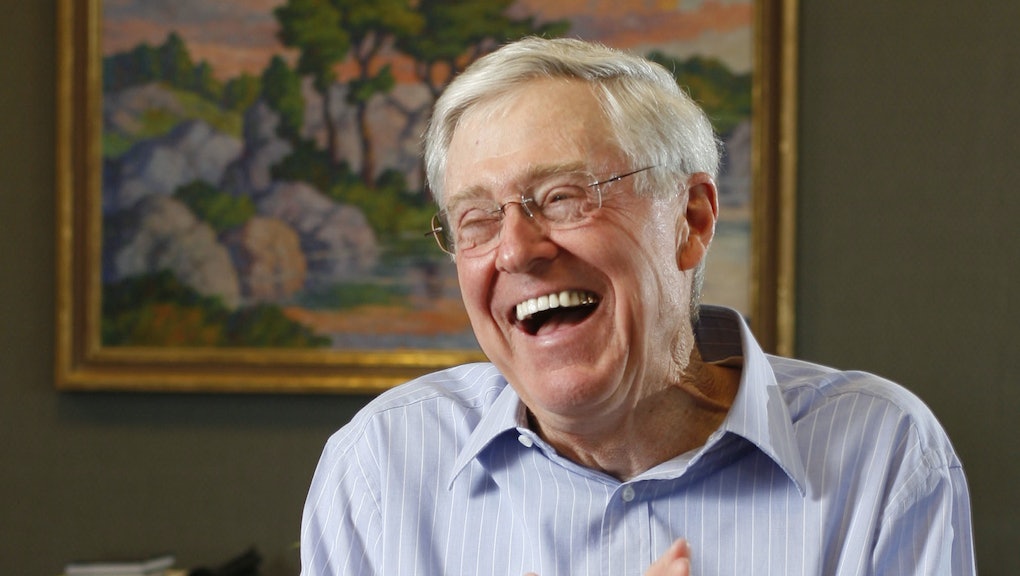 Fossil fuels may not have a happy home in the future of electric, self-driving cars, but as long as they still have billions of dollars and corporate influence on Washington politics, they're not going quietly into the night.

Charles and David Koch, prolific and essential donors behind much of the GOP's contemporary lobbying, are planning on collaborating with the fossil fuel industry to put $10 million a year into attacking subsidies for electric vehicles and promoting the use of fossil fuels in cars, the Huffington Post reported Thursday, via its sources within the refining industry.

The Huffington Post's unnamed sources say that since there may be a bright future for electric vehicles, a new lobbying group is forming in order to slow down the popular consumer adoption of electric cars. The main financier of this project will reportedly be Koch Industries, the second-largest privately owned corporation in the country, for whom pipelines and petroleum make up a hefty share of its annual $115 billion revenue.

That the Kochs are against electric cars and new kinds of fuel in general is wholly unsurprising. Last year, President Barack Obama specifically singled out the Koch brothers as wealthy funders who are fighting against clean and renewable sources of energy. Only last month, a Koch-funded think tank called the Institute for Energy Research published a paper attacking Elon Musk's Tesla Motors.