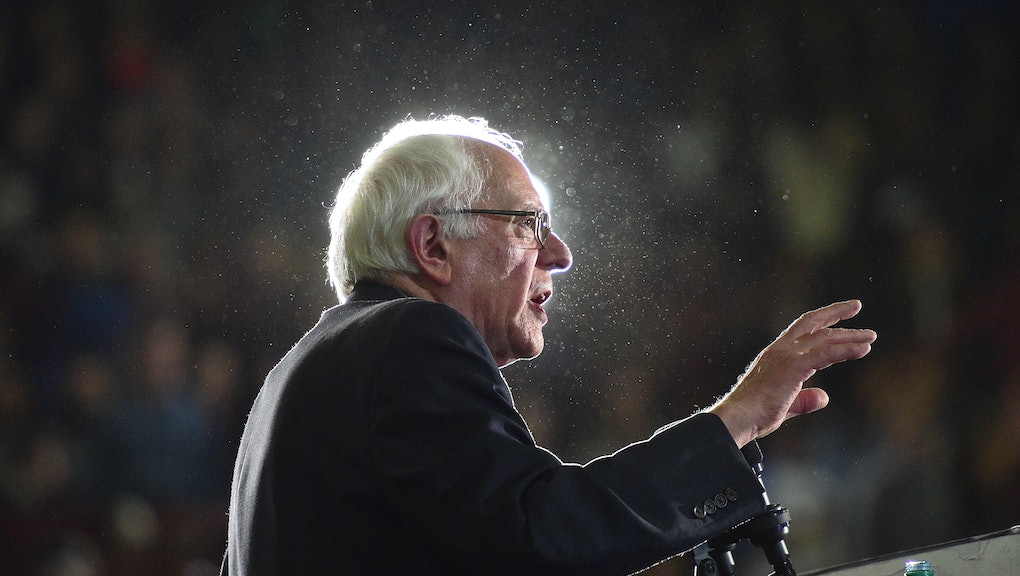 Democratic presidential candidate and champion of the everyman Bernie Sanders has roared that he "welcome[s] the hatred" of the billionaire class, but it appears that not all of them are so inclined.

Charles Koch, one-half of the conservative mega-donor duo known as the Koch brothers, penned an op-ed for the Washington Post on Thursday explaining that he has a couple major points of agreement with the populist senator from Vermont.

Koch wrote that while he's as skeptical as ever of government programs as a solution to social problems, he supports Sanders' conviction that the economy and the tax code are structured to unfairly benefit corporations and the affluent:

The senator is upset with a political and economic system that is often rigged to help the privileged few at the expense of everyone else, particularly the least advantaged. He believes that we have a two-tiered society that increasingly dooms millions of our fellow citizens to lives of poverty and hopelessness. He thinks many corporations seek and benefit from corporate welfare while ordinary citizens are denied opportunities and a level playing field.

Koch said the big business community — of which he is a part, but considers himself to have some significant differences with — has successfully lobbied for an environment which gives powerful corporations an additional boost over ordinary businesses, and kills competition in the long run.

"Consider the regulations, handouts, mandates, subsidies and other forms of largesse our elected officials dole out to the wealthy and well-connected," he wrote. "The tax code alone contains $1.5 trillion in exemptions and special-interest carve-outs."

Koch explains that even though Koch Industries is the fifth-largest producer of ethanol in the nation, he supports an end to the federal ethanol subsidy. "Koch Industries opposes all forms of corporate welfare — even those that benefit us," he wrote.

Koch also raised another point of agreement with Sanders — his platform on criminal justice reform. The Koch brothers have been vocal supporters for ending what they call "the overcriminalization of America," and they consider themselves allies with the senator regarding his agenda to make courts, prisons and police less harsh in the way they deal with low-level offenders.

Koch's op-ed isn't exactly surprising — the Koch brothers have historically been informed more by a libertarian sensibility rather than an orthodox conservative one. Their convergence with Sanders on opposing fiscal favoritism for corporations and government invasiveness through the incarceration system represent some of the classic points of common ground between the left and libertarian right.

But there's still far more disagreement than agreement — in his op-ed, Koch wrote that government should have no role to play in alleviating poverty — or much anything else. That's a position that Sanders and the Koch brothers will likely never see eye-to-eye on, and a reminder that while they may have some battles where neither of them will take up arms against each other, they're generally on opposite sides of the war.

Koch's piece doesn't represent any kind of change of political commitments. But it's a reminder that people can share common goals even when they seem to be worlds apart. In this era of extraordinary dividedness, that's valuable.