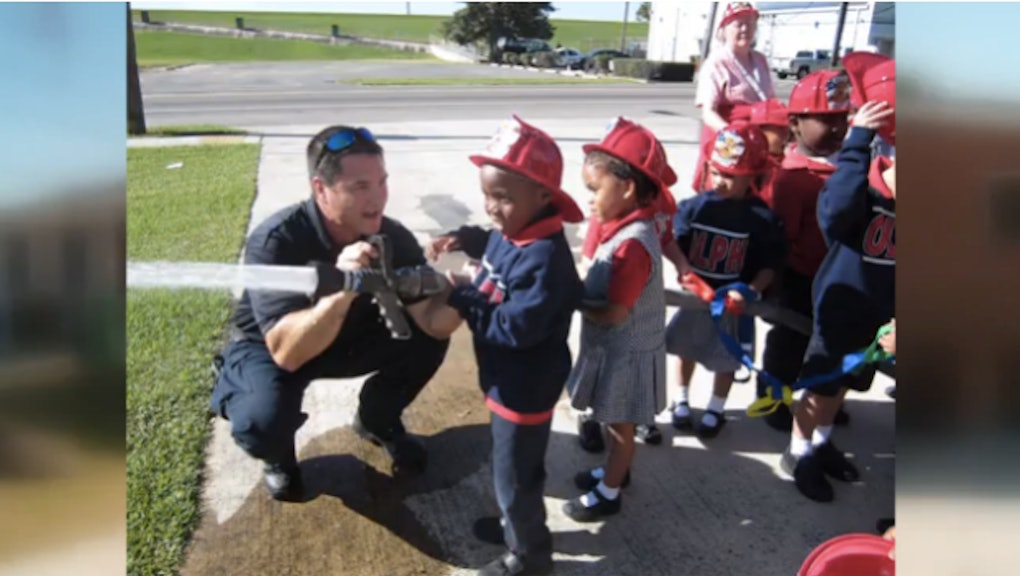 In the event of a fire consult this 5-year-old.

On Wednesday Cloe Woods of Louisiana saved her dog and blind grandmother when a fire broke out in her house.

When the smoke alarm woke Cloe, she immediately went to her grandmother's room and led her outside, WWL-TV reported. After confirming her grandmother and dog were safe, she went door-to-door seeking a little help.

Read more: It's the Promposal That Will Make You Believe in Prom Again

"I wanted water," she told the WWL-TV reporter. "To pour it."

Woods' mother, Shone Arceneaux, was dropping her older children off at school when the fire broke out.

"She told my mom to hold on her shoulder and they gotta get out the house," Arceneaux told the TV station

The little girl learned about fire safety in October when her pre-K class visited the Kenner Fire Department. She was able to put what she learned to practical use.

WWL-TV's Wynton Yates (with flair worthy of an Ann Curry special report) revealed the stove that started it all in the video report.

In the clip, Kenner Fire Department Chief John Hellmers praised the little girl, saying had it not been for her quick response, the fire "could have been tragic."

"She saved the grandmother's life; she saved her own life," Hellmers noted.

Sharon Lowe who works at Woods' school started a GoFundMe campaign to help the displaced family with the costs of temporary housing and house repairs.

"Cloe's mom is so proud of her daughter, as are we," Lowe wrote on the page.

We should all be so brave.