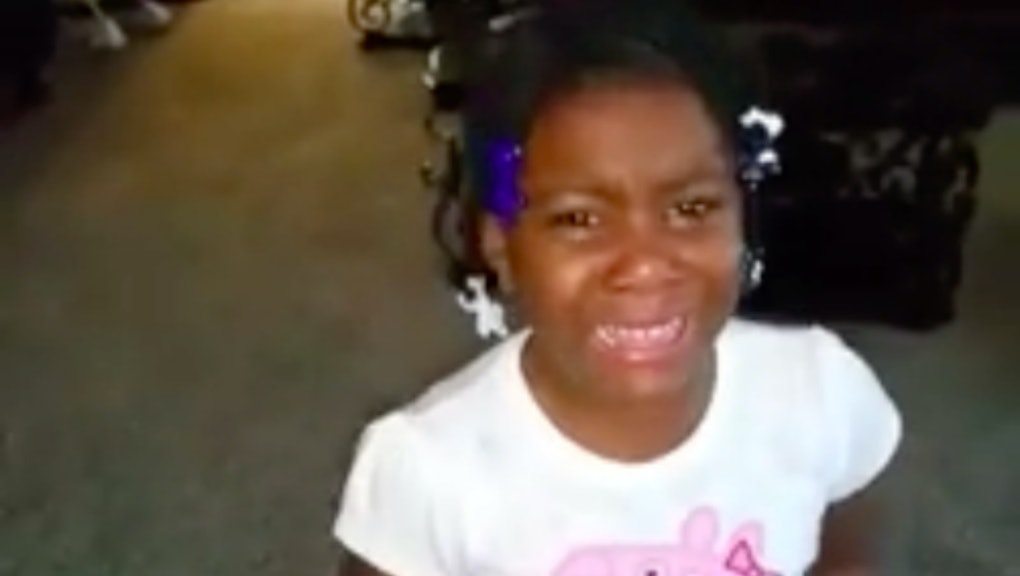 Meet Caprina D. Harris' granddaughter. She's one of those people.

In a viral video that has been shared by over 5,000 people and has received over 3,000 comments, Harris caught her granddaughter's reaction to news that Obama — the only president she's ever known — will be ousted in the name of democracy come a few short months.

This was her reaction:

Then it escalated to just shouts of "no!"

Harris explains to her granddaughter that Obama gets two terms as a president and that it's time for the American people to elect a new leader. But this little girl is not having it. She says over and over that she's "not ready."

Harris has to comfort her granddaughter to calm her down.

"Yes," the girl says, through sobs.

We definitely admire the girl's passion. If Obama wants to honor her, we hear there's a Supreme Court position open.