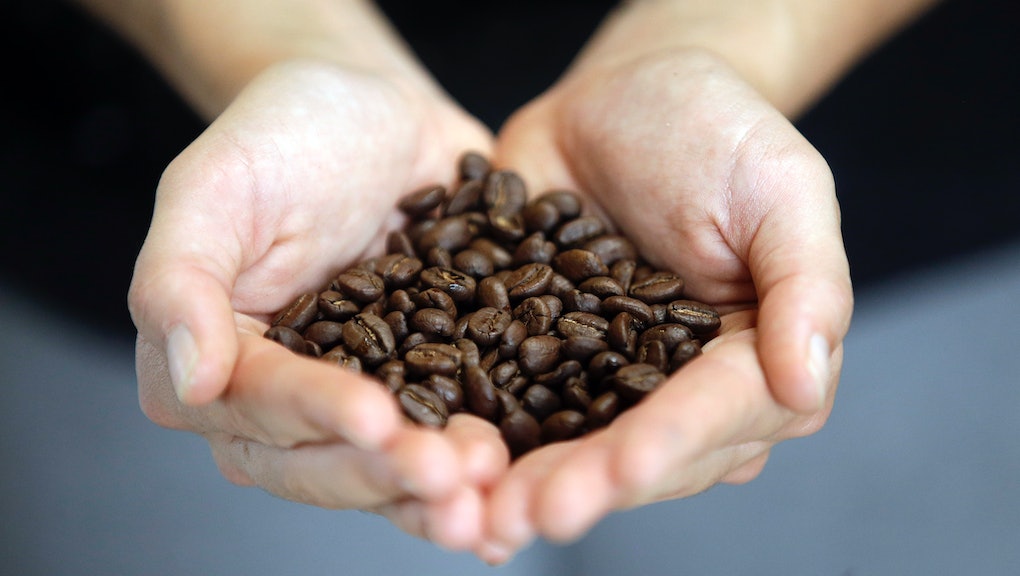 Americans love their coffee. According to a July 2015 Gallup poll, not only are cafes one of the "fastest-growing segment[s] of the restaurant industry," but the coffee consumption habits of Americans have remained relatively unchanged since 1999, with most people consuming "just under three cups of coffee per day." Perhaps this is due to caffeine dependence, the power of retail marketing, or even some longstanding gesture against the British. It could also be that coffee simply provides us with a host of health benefits. Here are some ways drinking a cup of plain coffee can benefit your health in both the long term and short term.

1. Coffee can promote mental acuity and make you more productive

Besides the obvious effect of jolting you awake, studies like Michael J. Glade's "Caffeine — Not Just a Stimulant" have shown that caffeinated drinks like coffee can improve motor and cognitive performance, short-term memory, accuracy of reactions and ability to make correct decisions, while decreasing both physical and mental fatigue.

2. Coffee can lower the risk of Type 2 diabetes

In a 2012 study titled "Caffeinated and Caffeine-Free Beverages and Risk of Type 2 Diabetes," researchers tried to delineate how caffeinated and decaffeinated drinks such as coffee and tea, as well as sugar-sweetened beverages and artificially-sweetened sodas, all influenced a subject's risk for Type 2 diabetes. While you probably didn't need the study to conclude that sugary drinks lead to higher risks of Type 2 diabetes, the study did surprisingly show that subjects associated with coffee intake were among the lowest risk for Type 2 diabetes.

3. Coffee can help ward off certain degenerative diseases and cancers

A 2005 study showed coffee could decrease the risk of chronic liver disease.

Additionally, Gary Arendash, one of the authors of a 2012 study regarding the effects of caffeine on Alzheimer's disease, stated that "moderate daily consumption of caffeinated coffee appear[ed] to be the best dietary option for long-term protection against Alzheimer's memory loss."

In the same year, McGill University Health Centre's Ronald Postuma and his researchers published a study detailing how coffee could not only help prevent Parkinson's disease, but could also help alleviate symptoms of patients already afflicted with the disease.

4. Coffee can promote heart health and does not harmfully raise blood pressure

Instead, Carroll notes there have been more studies with definitive conclusions suggesting coffee contributes to a healthy heart; he cites a 2011 study that showed coffee could "significantly" lower the risk of coronary heart disease. Carroll also cites a 2013 study showing how subjects who consumed a moderate amount of coffee per day had the lowest risk of of cardiovascular disease.

According to the American Chemical Society Reactions series' "Why Does Coffee Make You Poop?" the highly acidic composition of coffee — instead of caffeine alone, such as that found in tea and energy drinks — can cause you to defecate more quickly. Consuming coffee causes your stomach to secrete a gastric acid that helps break down protein. Coffee also contains a compound called chlorogenic acid that contributes to the overall acidic level in your stomach, causing it to push its content quicker into the small intestine. Finally, the consumption of either caffeinated or decaffeinated coffee has shown to increase levels of two hormones: gastrin, which affects the muscles in your colon, and cholecystokinin, a hormone that helps regulate the digestion process by releasing digestive enzymes in bile.

How does all of this coffee-assisted defecation affect your health? For one very obvious reason, defecating is your body's natural way of removing waste and toxins. For another, it promotes a healthy colon.