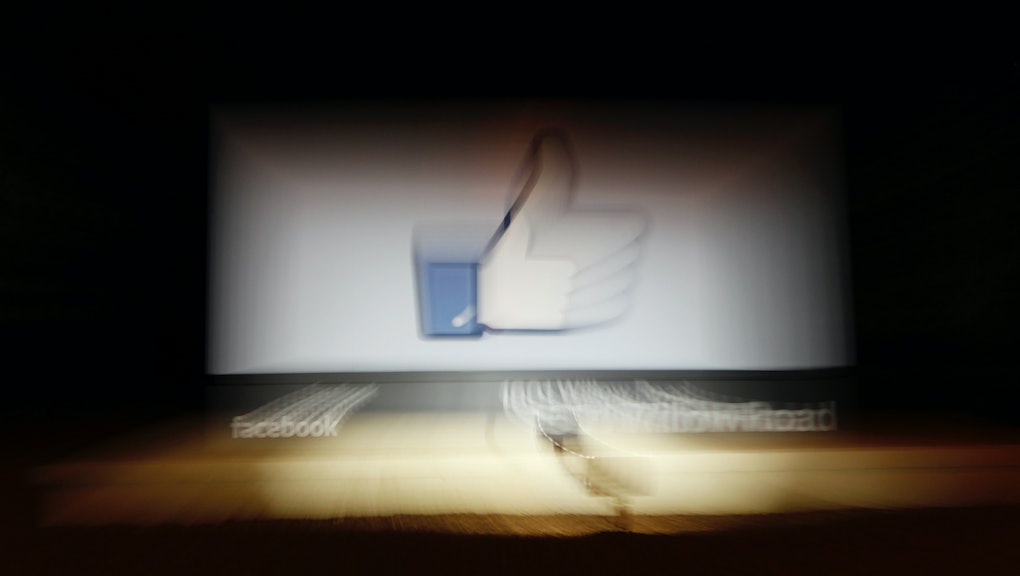 Facebook Chief Product Officer Chris Cox had a scheme for Facebook's signature Like button, a seemingly subtle feature that actually collects quite a bit of data from users on and off of Facebook's pages. The plan was to replace the button with a curated selection of reactions, which would allow users to more accurately communicate sentiments when responding to content on the social platform. Now, it looks like that pipe dream is just around the corner, according to a deep-diving exposé from Bloomberg Business.

Speaking to Bloomberg Business, Cox detailed the Like button revamp — mapping out the process beginning with the earliest phases of ideation. Cox told Bloomberg Business that it could arrive "In the next few weeks," though he qualified that by adding, "We roll things out very carefully. And that comes from a lot of lessons learned."

Reports first surfaced in September that Facebook was considering the addition of a "Dislike" button, a decision the tech giant eventually moved away from. As it pivoted, it came to light that the company was working on something called Facebook "Reactions," which looks like a drop-down list of limited emotions to replace the single Like button.

Facebook researchers zeroed in on seven emoji "reactions" for users to choose from —  "like," "love," "haha," "yay," "wow," "sad" and "angry." Yet the Yay button was ultimately rejected because "it was not universally understood," a spokesperson told Bloomberg Business.

Why this is a BFD: The fact that Facebook's diversifying the way it lets users react to content matters to those who care about the type of data Facebook collects. In September, MIT Technology Review's San Francisco bureau chief Tom Simonite reported that in a month's time, a switch would flip that would begin to transmit scores of Facebook user data — all through the company's Like button.

"Facebook first offered the Like button to publishers in 2010 as a way to help people tell friends and the company what was interesting," Simonite wrote. "The buttons take the form of a snippet of code to be added to a page. That code directs a person's browser to contact Facebook's servers, allowing them to know the page you're visiting, and to see the 'cookie' files that Facebook pushes to its users' browsers to identify them."

Facebook's Like button is not just contained to the social site. It lives on publishers' pages, and is affixed to countless online businesses, enterprises and retailers. That means that if you like a clothing line when browsing a retailer's web page, for example, Facebook can collect that data, which can them be used for targeted advertising.

But here's where privacy experts start to get uncomfortable: According to MIT Technology Review, even if you don't click the Like button when browsing the hypothetical retailer of choice, Facebook's Like plugin can still capture user data just by existing on the page. And the prevalence of Facebook's plugin means it continually collects data as users move across the web, connecting the dots to create a pretty comprehensive picture of a person's preferences. That kind of data's gold to advertisers.

The tactic is a gnarly one, and one that's been met with a bit of backlash, particularly in the EU, where the practice has been called a violation of European digital privacy laws.

Yet how, if at all, Facebook's Like button revamp will impact the plugin that exists all across the web is anyone's guess. It seems unlikely the tech firm would extend the Reactions drop-down menu to pages outside Facebook, as that could open the door for some degree of abuse. But one thing's certain — the tech giant is poised to collect a barrage of emotional data on users far beyond what a simple thumbs-up might convey.