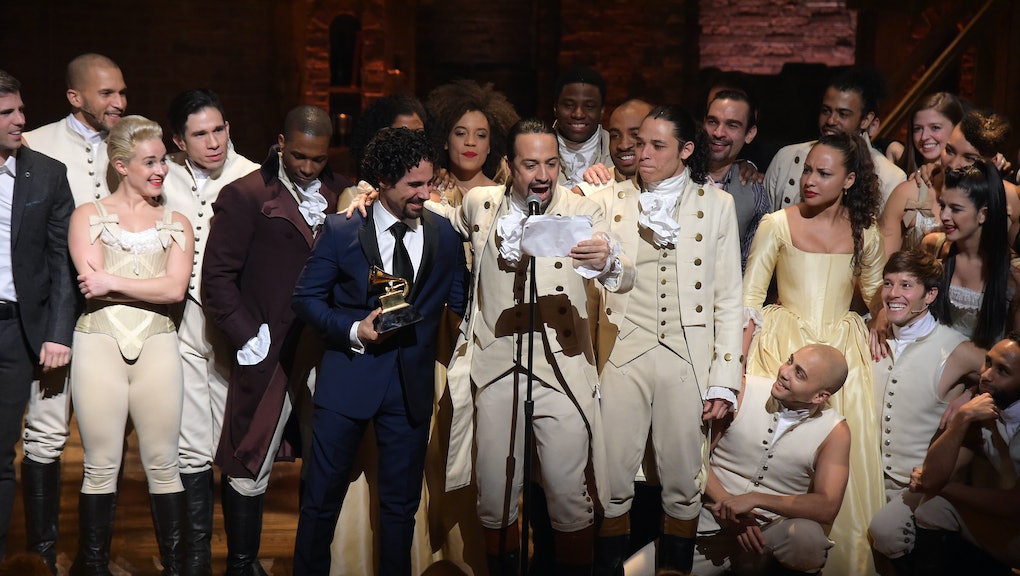 For $350 or more, you can score a ticket to Hamilton, the Broadway-show-turned-national-obsession.

But for free, you can watch the 7-minute a cappella performance by Range. Members of the group condensed the Hamilton soundtrack into an epic, high-energy medley.

The group's members, comprised of Broadway actors and other entertainment artists, beat-boxed and harmonized while belting out snippets of most of the songs on the original cast recording.

Oh — they acted it out as the characters too. It's a whirlwind of talent and emotion.