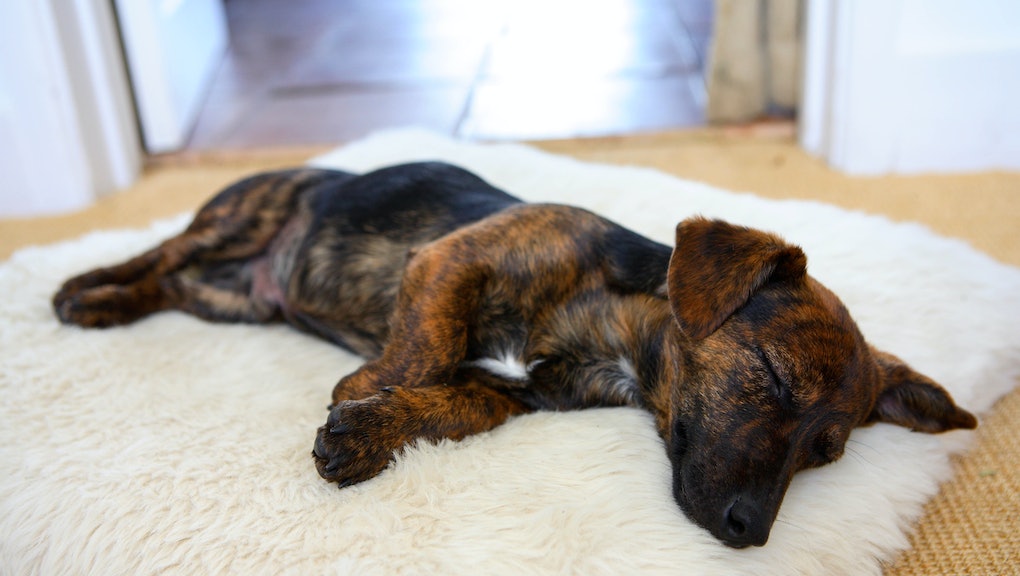 What Dreams About Death and Drowning Really Mean — According to Experts

Chances are, you've had it before and the way it happens varies from person to person, but there is a repeated theme: Sometimes when you dream, you die. Death is a very common circumstance for dreamers, though it understandably can create unnecessary anxiety, while also a stark reminding of one's mortality.

While the overall analysis of dreams is still subjective, there is a general consensus from psychotherapists and psychologists over the meaning of dreams around death — and a frequent extension of such dreams, drowning.

Read more: Here's Why Your Anxiety Dreams Are Actually Good for You

In an interview with the Huffington Post, Jeffrey Sumber, psychotherapist and professor of psychology at National-Louis University, noted that we have dreams about death that signify a "symbolic end" of something. For example, if you just landed a new old job or broke up with a long-time significant other, you might have these dreams.

"Like all dreams, death-related dreaming is an opportunity for introspection and growth," Sumber said. "I have the opportunity to look within, take stock of myself and make adjustments as needed."

Furthermore, death-centric dreams are not, in fact, a preemptive sign that you are about to die, according to Sumber. However, it might be part of an underlying anxiety for the uncertainty of death. "[People] wonder when it will happen, if it will hurt, and what will occur afterward," Sumber said. "Thus, our psyche is constantly working these dilemmas out through our waking as well as subconscious experiences."

Additionally, there is an untrue, yet commonly cited myth about dreams related to death, where someone is unable to dream about their own death. Instead, the moment when it happens — such as, right before you hit the floor from a huge fall — we are jolted aware. While this may be true for some people, many people have dreamed of their death, according to the International Association For The Study of Dreams.

"Many people have dreamed that they died or hit bottom in a fall and they have lived to tell the tale!" according to a post on the International Association for the Study of Dreams' webpage. "You can explore the meaning of these kinds of images just as you would explore any others that might occur in your dreams."

Dreams about drowning have similar connotations, particularly if you have a drowning dream in which you die at the end of it. According to DreamMoods, drowning and subsequently dying means you are going through an "emotional rebirth."

"If you survive the drowning, then it means that a waking relationship or situation will ultimately survive the turmoil," according to a DreamMoods post.

It is important, however, to remember that the analysis of dreams is still subjective, and by no means are these answers conclusive. Instead, they're good reminders of the complexity of our thoughts and what the brain is capable of.

To learn more about why we dream, check out this YouTube explainer by Vsauce:

This article was originally published on Feb. 21, 2016