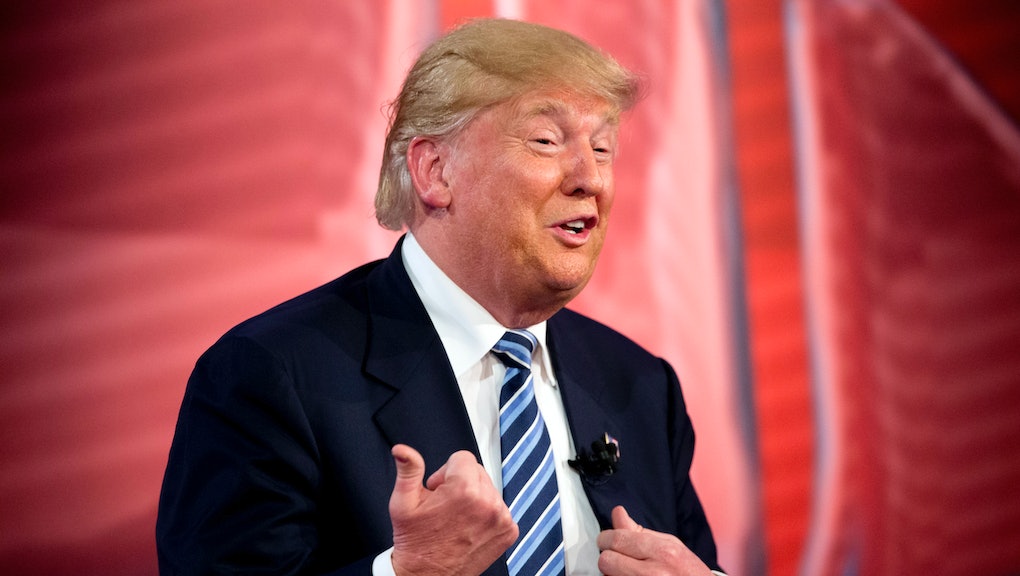 In the epic showdown between Apple and the FBI, everyone is taking a divisive side. Are you for privacy? Are you for liberty? Are you an FBI shill or just towing the line for the world's richest corporation.

That's right: Donald Trump, who was a self-professed stockholder in Apple, is calling for a boycott of Apple products until Apple complies with a court order. The FBI is trying to access the iPhone of one of the San Bernardino shooters, and the Donald finds it totally untenable that Apple won't roll over for the sake of fighting terror.

Not that Donald Trump is actually going to stop using his iPhone:

Trump has called foul on the tech industry repeatedly in a few bizarre turns, calling Amazon CEO Jeff Bezos a bad businessman and insisting that Bill Gates should help him "close up" parts of the internet in order to fight ISIS. The Apple boycott is actually one of his more relatively reasonable calls to action for those who are frustrated with Apple's treatment of the DOJ mandate.

One small problem: But even if Trump is totally sincere and just needs some time to switch over his contacts, he might not be the best person to push this message.

According to data provided exclusively to Mic in January, Donald Trump has the lowest concentration of iPhone users of any presidential primary candidate on either side of the aisle. Of Facebook users who show interest in Donald Trump, only 41.4% are iPhone users, where fans of Marco Rubio and Jeb Bush are 60.7% and 59.1% iPhone users, respectively.

We won't be too worried about Apple's market capitalization until Bernie Sanders starts calling for a shutdown.

He sent these tweets from Android and Twitter's web client. That'll show 'em.