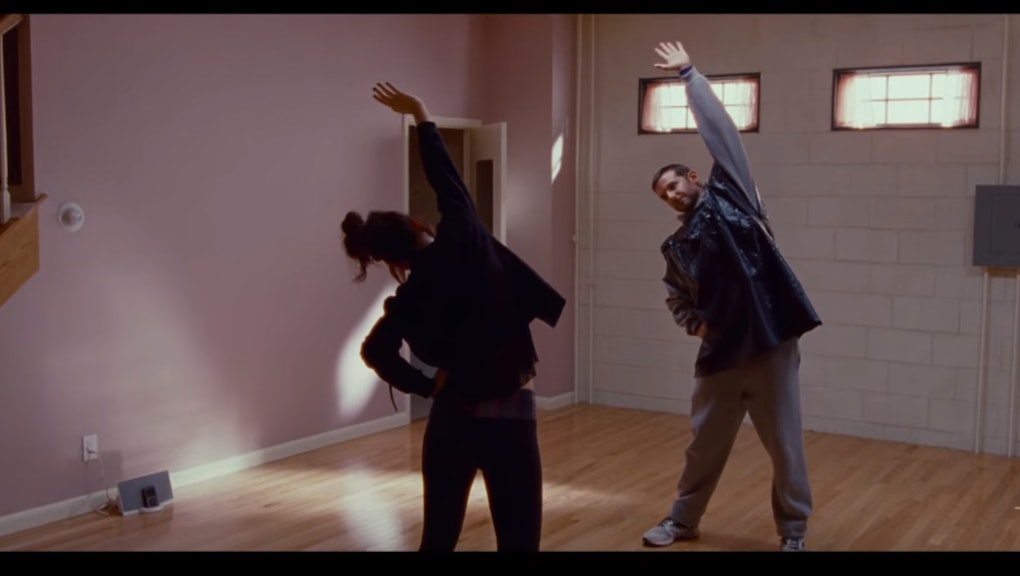 Unfortunately, we've all been through it: the brutal breakup, the divorce or an unrequited love. We all want to forget about. In these trying times, there's always one companion that stays with you: Netflix. Thankfully, the streaming service boasts an impressive lineup of films that can help you recover from he- or she-who-must-not be-named. Here's six of the best, just for you.

Read more: How to Access the 6 Best Hidden Genres on Netflix

Silver Linings Playbook: You're probably going through a lot, but chances are, Bradley Cooper's character in Silver Linings Playbook has gone through more. Moving home after a stint in a mental institution, his perspective on life — and winning back his wife — changes when he meets the newly widowed Tiffany (Jennifer Lawrence).

Come for the strong on-screen chemistry between Cooper and Lawrence, and stay for the imaginative dance routines. Oh, and in the process, you'll forget about your breakup.

American Wedding: The concept of a wedding film might sound unappealing, but American Wedding would certainly be a notable exception to this rule. If nothing else, it will remind you of your friends — either from high school, college or both — that will always have your back after a tough split.

Hopefully, your friends don't get into as much trouble as Jim (Jason Biggs). Regardless, American Wedding is a great and hilarious reminder of the important things in life: friends and alcohol.

Housebound: It's hard to imagine in the moment, but in the grand scheme of things, a breakup isn't as bad as you might think. The New Zealand film Housebound is a delicate reminder of that. In the movie, a young woman is court-ordered to spend her probation at home – with a blabbermouth mother she has been distant with for years.

Things, however, take a turn for the worse when her mother's concerns that the house is haunted prove to be legitimate. It's the perfect blend of horror and comedy, and a solemn reminder that — even with a bad breakup — at least you don't have a haunted house that you're legally obligated to stay in.

The Bucket List: Even if you can't relate to the leads (appropriately, Morgan Freeman and Jack Nicholson) in The Bucket List with regard to dying wishes, we can all agree creating a bucket list is a worthwhile venture. In the film, the characters escape a cancer ward with their daring to-do list before they, well, kick the bucket.

It's a charming film with great performances by Freeman and Nicholson, and along the way, you might want to create an inspiring list of your own — and hopefully, begin checking things off.

Legally Blonde: If you want to see Reese Witherspoon complete the best, most elaborate breakup revenge, there is no movie more satisfying than Legally Blonde. In it, her character decides to get her boyfriend back by following him to law school.

What begins as an intricate revenge scheme turns out to be the first steps to a legitimate career path — with the aid of a trusty, purse-sized chihuahua.

It's equal parts hopeful and sullen, as two strangers, Dodge and Penny (Steve Carell and Keira Knightley, respectively) take a road trip together so that Dodge can find his high school sweetheart. However, they soon develop feelings for one another. It boils down to this: If someone can find love the week before the Earth is destroyed, you can certainly climb out of bed and forget this phase of your life ever happened. In the meantime, though, at least you have Netflix — and you know it'll never leave you.