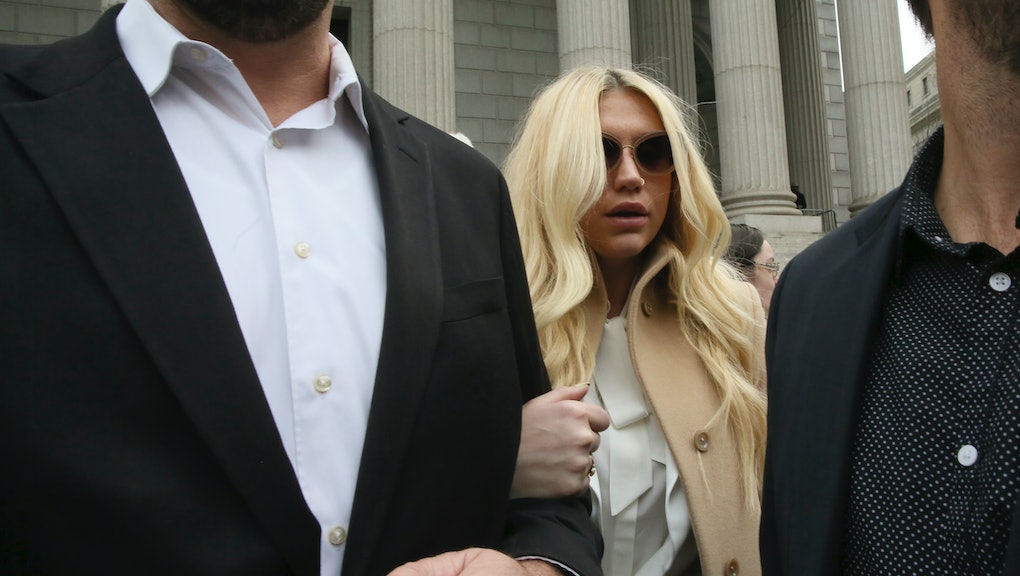 Music superstar Kesha cannot end or edit her six-record contract with songwriter and producer Lukasz "Dr. Luke" Gottwald, according to a Friday ruling from New York Supreme Court Justice Shirley Kornreich. At the core of the legal dispute is the alleged years of sexual abuse Kesha says she suffered from Dr. Luke. Though thousands of people, including many superstars, tweeted their support for Kesha, one person spoke up about what they felt was a glaring omission from Kesha's support.

Breslaw, a journalist who often writes for Cosmopolitan, brought up the hypocrisy that many stars, male and female alike, supported Kesha while a few outspoken feminists were missing from the conversation. Breslaw did not name names, but with more and more stars claiming feminism without actually, you know, practicing feminism, Breslaw's sentiment is spot on.

However, to focus on the positive, there is a long list of celebrities who did stand with Kesha, including Kelly Clarkson, Lady Gaga, Ariana Grande and Margaret Cho, who has spoken about her own sexual abuse survival in a pretty graphic music video called "I Want to Kill My Rapist."

If this story or any story about the sexual abuse allegations regarding Kesha is triggering, please reach out to the National Sexual Assault Online Hotline.