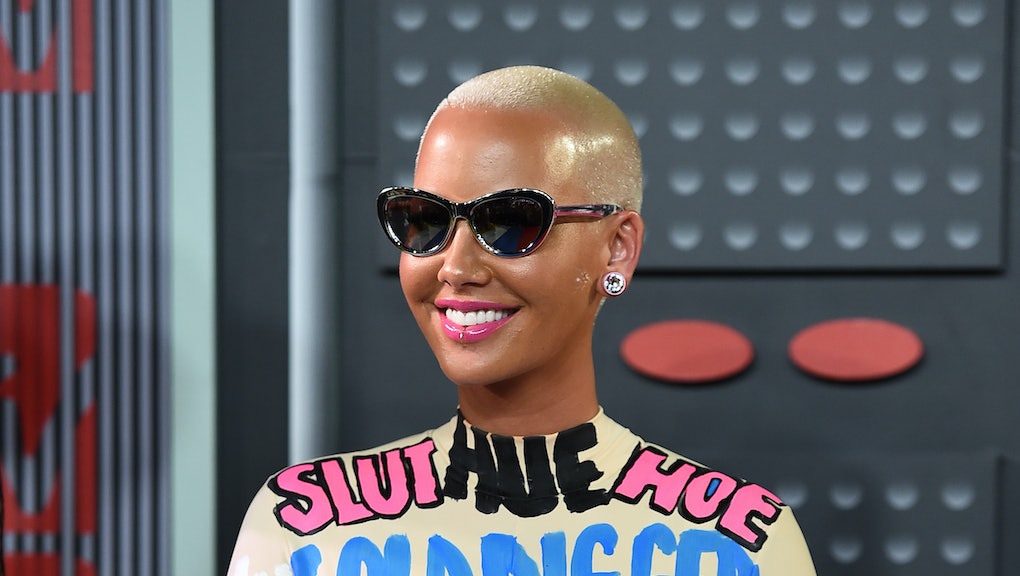 Amber Rose is on a mission to teach the world about consent and she just got a little further in her mission.

The model and actress appeared on the program It's Not You, It's Men, with Rev. Run of DMC and Tyrese, where the two challenged her on her ideas of consent, including what counts as consent and whether what a woman is wearing counts as automatic consent.

Tyrese begins the segment saying that if a man is known as a good basketball player and someone wants to play a game with him, that's because of his reputation. In that way, he implied that if a woman is known to like sex, that means she must be down 24/7.

Amber Rose replied that even if they are naked, in bed and he has a condom on, she can say, "'You know what, no, I don't want to do this, I change my mind,' that means no."

She continued, "It doesn't matter how far I take it or what I have on. When I say 'no,' it means no."

Run cut in and said that a person should dress in an appropriate manner if they want to be treated appropriately. The audience clapped, and Amber Rose booed and told the audience not to clap.

"If I wanna wear a short skirt or a tanktop and I'm at the club and I'm having fun with my friends and I feel sexy, I'm not DTF," Rose said.

She continued, "I didn't come here to hook up with nobody, I just came out here with my girls and I just feel pretty."

Watch the full interview on AOL.