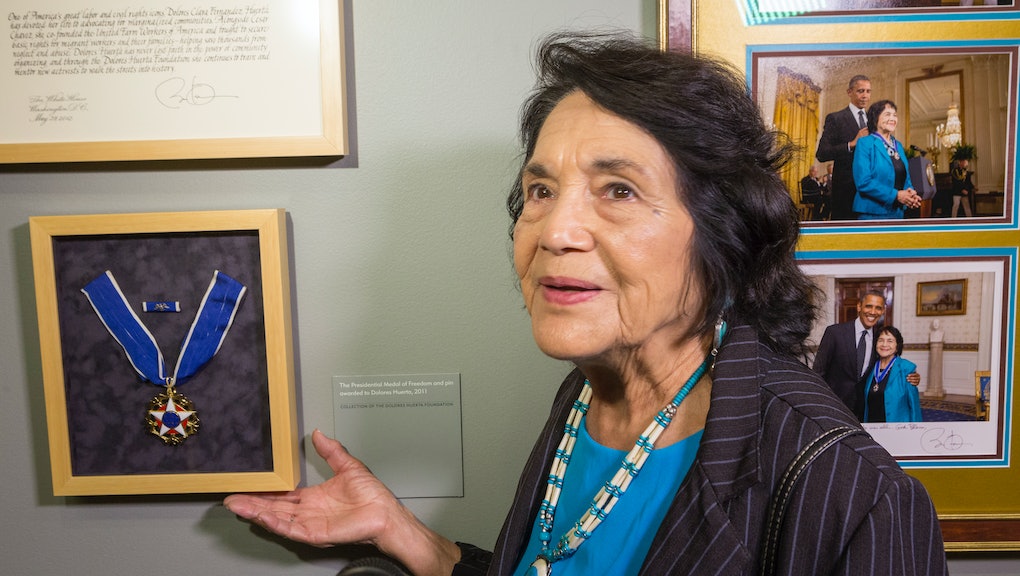 Sanders Supporters in Nevada Accused of Yelling "English Only!" at Dolores Huerta

Following several weeks of verbal sparring between Sen. Bernie Sanders and former Secretary of State Hillary Clinton, it seems their supporters have begun to follow suit.

According to a tweet from civil rights leader Dolores Huerta on Saturday night, Sanders' supporters at a Nevada caucus site told Huerta to speak English when she attempted to translate caucus instructions for the benefit of Spanish speaking caucusgoers. Huerta, a union and civil rights activist and often cited as a potential candidate to adorn the $10 bill, tweeted about the incident Saturday evening:

"Shouting 'English-only' — that is completely against the spirit of everything that we're working for," Huerta told the Huffington Post.

BuzzFeed later reported that "two neutral sources unaffiliated with either campaign" had confirmed the accuracy of Huerta and Ferrera's recollection of the incident.

According to Huerta, because of the Sanders' supporters' aggression, many Latinos left without participating in the caucus.

"To deprive these voters at this crucial time of having a translation of what was going on — this is something they need to know what's taking place," she told the Huffington Post. "The caucus is a kind of complicated procedure. So the Bernie supporters would rather them not have any sort of translation rather than have someone like myself, who just happened to be a Hillary supporter, do the translation."

Huerta has previously been critical of Sanders, saying he "wasn't paying attention" when it came to comprehensive immigration reform.

Feb. 21, 2016, 12:50 a.m.: Late Saturday, a video of the proceedings at the Las Vegas caucus site emerged that shows what really happened. The moderator can be heard saying "English only" after he is unable to find an unbiased translator in the room.