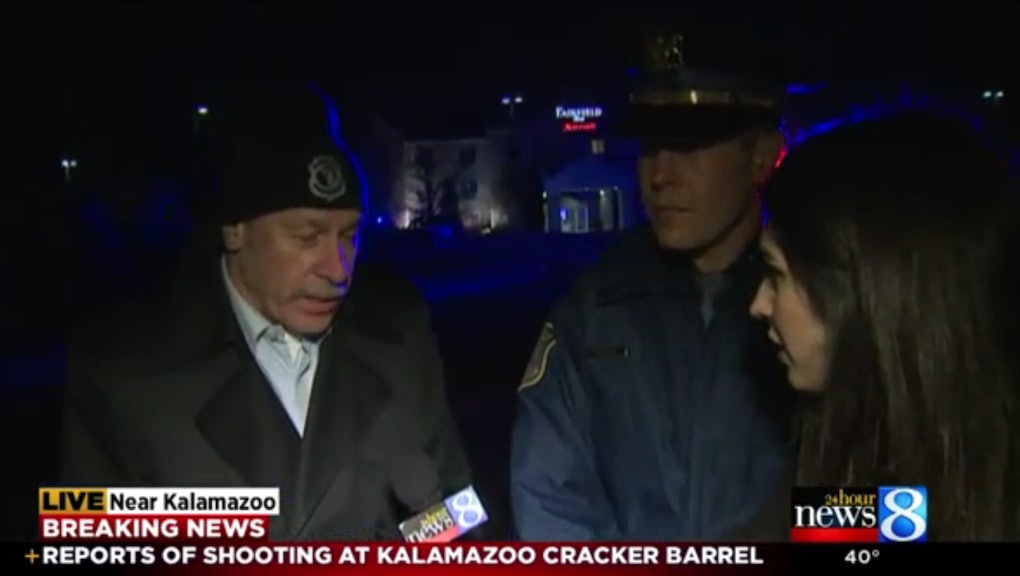 At Least 6 Dead After Shooting Spree in Kalamazoo County, Michigan

Authorities say a male driver shot and killed at least six people in Kalamazoo County, Michigan, on Saturday night, and may be tied to an earlier drive-by shooting this evening.

As of early Sunday morning, a suspect is in custody, according to multiple news stations reporting on the killings.

Fox 17 reported Kalamazoo County Undersheriff Paul Matyas confirmed four deaths at an area Cracker Barrel, as well as two other deaths at a car dealership. Earlier in the night, a woman was shot and injured at the Meadow Townhomes complex in what police told the station was likely a related incident.

CNN reports up to nine people have been shot in total.

"We've had several shootings here tonight in the country ... we have multiple people dead," Matyas told Wood TV. "In summary, what it looks like if we have somebody just driving around, finding people and shooting them dead in their tracks ... I would say definitely a serial killer."