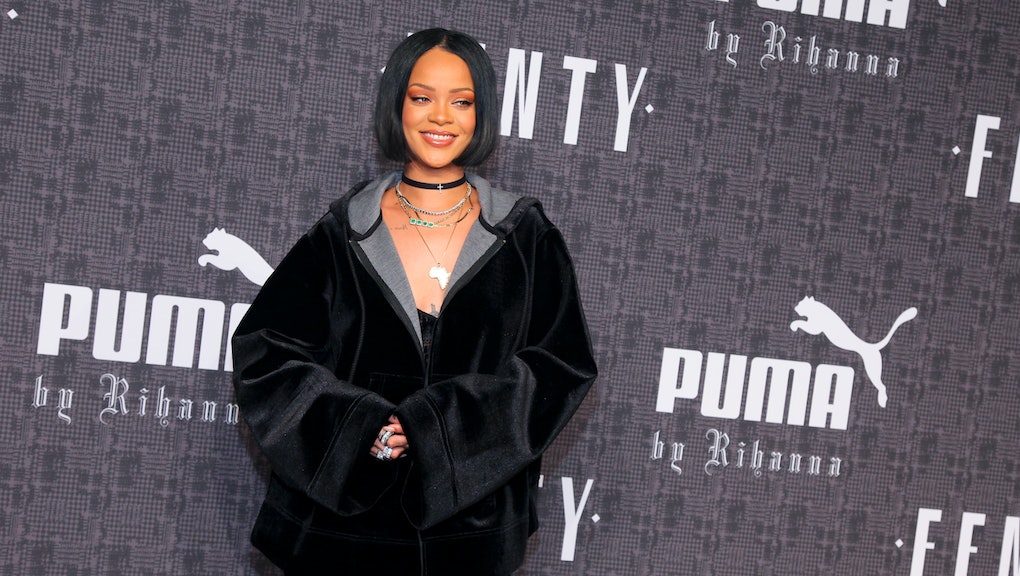 When Rihanna became the women's creative director for Puma in 2014, it marked one of the musician's biggest endeavors into the fashion world to date. As it turns out, the move was a critical success for the German company, which recently reported fourth quarter earnings of nearly $975 million — up more than 17% from the same time last year, according to Complex U.K.

Puma largely has RiRi to thank for their massive earnings, which are roughly $30 million more than what experts predicted the fashion company would report for 2015's final quarter. "She can sell sneakers and Puma is onto something here which we haven't seen yet in the women's area," Puma CEO Bjorn Gulden said in a press conference, HotNewHipHop reported Thursday.

Rihanna's Creepers Puma sneaker line flew off the shelves in September. The "Eskiva" line was another collaboration which sold out almost immediately. Rihanna even has an entire curated section of the fashion site which features her and fellow artist Travis Scott donning Puma apparel.

Thankfully, Rihanna's relationship with Puma seems to be flourishing, as the singer helped promote her forthcoming collaborative line with the German company during New York Fashion Week. Her "Fenty By Rihanna" collection will be released this year, which will likely be as critical of a success as her first installment of Puma sneakers.

Rihanna's Creepers, the Eskivas and her upcoming fashion line seem very in line with the notorious bad girl's image and brand. The shoes feature a range of different aesthetics, some with bold, red color and others appearing more sleek, with matte black finishings. Take a look at some of RiRi's Puma collaborations below: