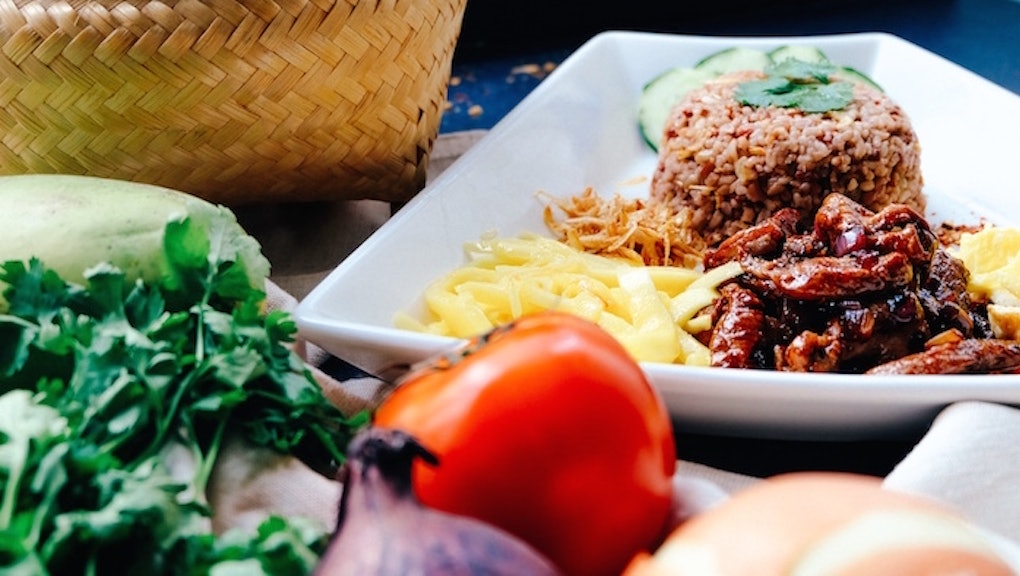 Why Your Gluten-Free Diet Is (Probably) Bullshit

No two diets are the same: While some offer fast results for tough commitments, others provide long-term goals and slight lifestyle improvements to reach peak physical shape. Fad diets like the gluten-free ones your friends might have recently taken on have become all the rage across America, but research shows these might actually deprive your body of essential nutrients. Excluding those who have an actual gluten allergy, like those who have celiac disease, your friend's new gluten-free diet is most likely pointless.

"It's complete B.S., it's a scam," Dr. Oz said about gluten-free diets on The Late Show With Seth Meyers. "There are a lot of folks who have big time problems with gluten. So I don't have a problem with people who don't like to eat gluten foods, but get real foods that don't have gluten naturally ... most people end up gaining weight when they start eating gluten-free food."

Read more: Are Juice Cleanses Good for You? Doctors Debunk the Myths About All-Liquid Diets

Why the G word gets such a bad rep: Gluten is a naturally-occurring protein typically found in ryes, barleys, doughs, beer, pasta, dressings, french fries and soup, among countless other foods. A growing pool of research suggests gluten is just as normal in any diet or lifestyle as healthy carbohydrates and cholesterol, though a small portion of the population suffers from gluten intolerance. The most common form is celiac disease. "As many as one in 141 Americans has celiac disease, although most remain undiagnosed," according to the National Institute of Diabetes and Digestive and Kidney Diseases.

"People who need to be gluten-free — this is not celiac disease light — the recommendation is for them to see a registered dietitian who is expert in celiac disease," Dr. Sheila Crowe, M.D., a spokesperson for the American Gastroenterological Association, told the Huffington Post. "The average doctor a) does not have the time and b) the knowledge to counsel them on the nutrients they'll need, the addition of fiber, what grains are naturally gluten-free."

Because celiac disease is so commonly underreported in America, many people confuse any pain after eating with gluten intolerance. The small intestine is disrupted in those who suffer from the illness, with over 200,000 reported cases occurring throughout the United States each year. Symptoms include diarrhea, fat in stool, indigestion, nausea, vomiting, as well as bone loss, fatigue and malnutrition, according to Mayo Clinic. Though there isn't yet a cure, avoiding gluten entirely allows those with celiacs disease to live without experiencing many symptoms.

For those who suffer from gluten intolerance, avoiding foods which contain the protein is essential to one's well being. For the rest of those partaking in the latest dieting fad, however, it has less to do with allergies and more to do with feeling better about dieting in general — even if it's just a placebo effect.

"There is an emerging trend in the Free From lifestyler - that is the person who wants to cut something out of their diet for another reason - not because they're allergic to it, but because they feel better when they do it, and they think it might be healthier," Tom Treverton, food expert and director of the Allergy and Free From Show, told the BBC last year.

Perhaps part of the reason why gluten-free diets have caught on is because of the current fad-diet-phenomena plaguing American society. "Gluten, I think it's a bit of a social contagion," food writer Michael Pollan told HuffPost Live in 2014. "There are a lot of people that hear from their friends, 'I got off gluten and I sleep better, the sex is better, and I'm happier,' and then they try it and they feel better, too. The power of suggestion."

"The problem is you have a lot of healthy women who choose a gluten-free diet because they believe it is healthier for them and can help them lose weight and give them healthier skin," Karla Shelnutt, a University of Florida assistant professor in family, youth and community sciences, told NY Daily News.

In fact, avoiding gluten might just be the opposite of what is healthy for a well-rounded diet. "If you're determined to go gluten-free, it's important to know that it can set you up for some nutritional deficiencies," Harvard's Medical School reported in 2013. "Fortified breads and cereals have become a major source of B vitamins in the United States. Although breads made with white rice, tapioca, and other gluten-free flours are becoming more common, they are generally not fortified with vitamins. This can be a problem for anyone, but it's especially worrisome for women who are pregnant or may become pregnant."

When Oprah revealed her obsession with bread in January 2015 across social media, as well as a partnership with Weight Watchers, she threw endless shade at the gluten-free diet industry and sent the diet company's stocks soaring in the process. The media mogul's endorsement of the greatest invention in the world proved to fans it is, in fact, possible to lose weight while enjoying the finer things in life.

Unfortunately for those of us who can't properly digest gluten, it can be difficult (and costly) to maintain a gluten-free diet: The protein is found in just about every delicatessen, and even necessities like toothpaste. For the rest of the world, there isn't any scientific evidence to suggest avoiding foods with gluten will improve quality of life, or even improve weight loss or dieting results.

So, remember the number one motto in life – "everything in moderation" – and be like Oprah: enjoy that bread.