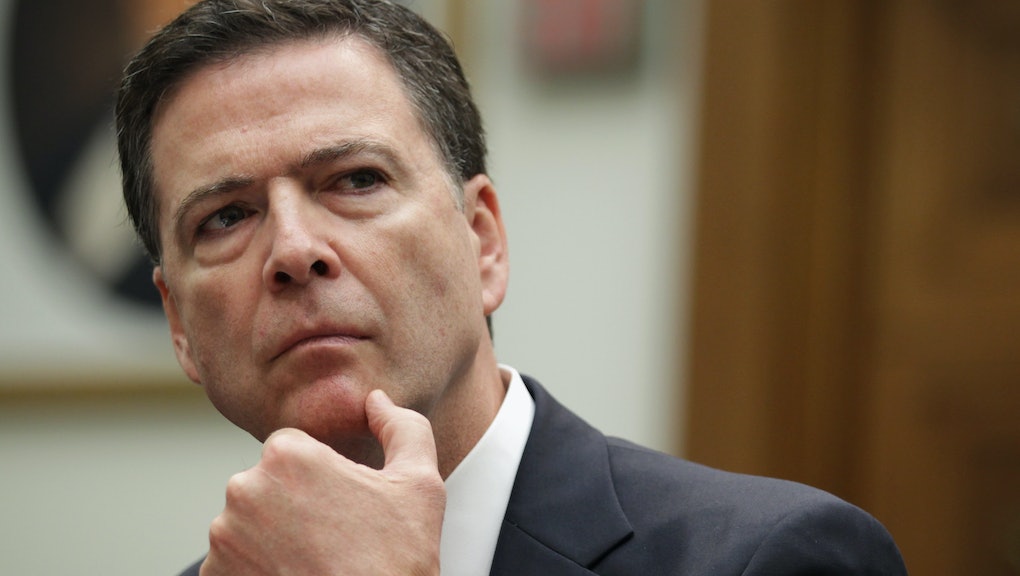 On Friday, the FBI made a firm demand of Apple, asking a court to compel the company to help open the phone of one of the shooters who killed 14 in San Bernardino, California, in December. In response, technologists, digital rights activists, cryptographers and major editorial boards took up pitchforks to defend Apple from what they consider an unfair mandate.

Now the FBI just wishes everyone would settle down.

Late Sunday night, FBI Director James Comey sent out an open letter asking everyone to relax and let the FBI do its job, imploring the public not to give into the media hype claiming the FBI is looking to open the floodgates for unchecked cracking of phones across the country.

In the letter released by the FBI, Comey capitalized on the "heart-breaking case" of San Bernardino to drive home the urgent need for Apple to comply with the FBI's demand to help unlock the iPhone in question. Acknowledging that new kinds of technology have amplified the tension between privacy and security, he pleaded for everyone to see that they were looking for limited access, not a broad, holistic surveillance measure.

Specifically, Comey wants to quiet one fear in particular: that the FBI's demand will set a dangerous precedent, allowing not just hackers, but law enforcement and foreign nations to eventually use the inroads created by the FBI — legal and technological, should the methods of altering the iOS firmware leak — to break into iPhones all over the world.

"We simply want the chance, with a search warrant, to try to guess the terrorist's passcode without the phone essentially self-destructing and without it taking a decade to guess correctly," Comey wrote. "That's it. We don't want to break anyone's encryption or set a master key loose on the land."

Here is the letter from the FBI director in full:

The San Bernardino litigation isn't about trying to set a precedent or send any kind of message. It is about the victims and justice. Fourteen people were slaughtered and many more had their lives and bodies ruined. We owe them a thorough and professional investigation under law. That's what this is. The American people should expect nothing less from the FBI.