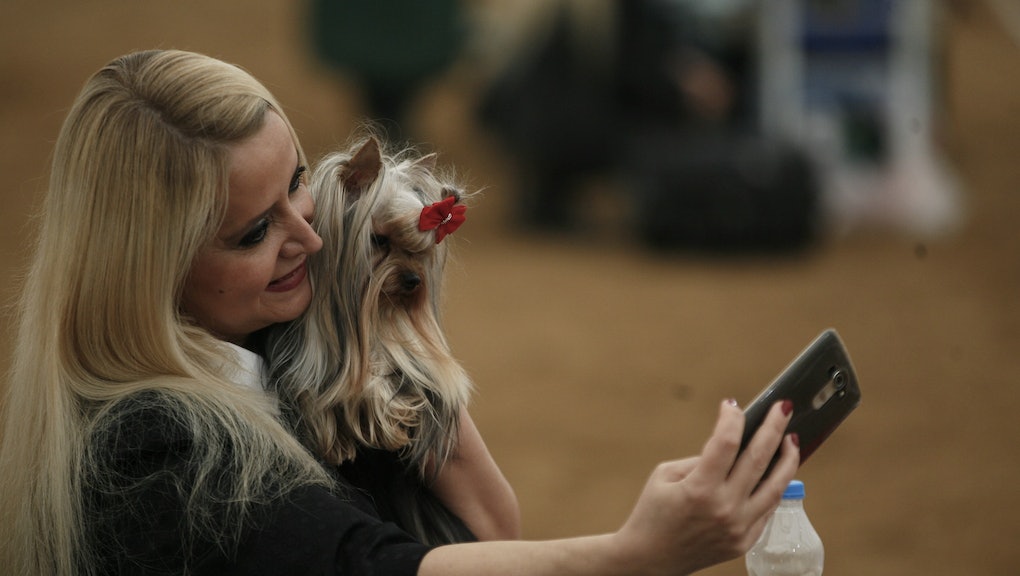 Selfie Deaths Have Become All Too Common — the Question Is, Why?

In the age of social media, doing something for the story is now doing something for the photo. We take photos of ourselves, engaged in every kind of activity — from the deeply mundane to the intrepid — and post them to social media with an eye for accruing mountains of likes. Is it that without the photo, no one would believe our stories? Or is it an exercise in ego stroking?

"Hey everyone, come see how good I look," Will Ferrell famously said in Anchorman – seems an apt summary of the motive to selfie.

Read more: If You're Not Using a Selfie Light Already, You Probably Will Be Soon

Whatever the reason, we're paying a price for all that vanity. According to Priceonomics, between 2014 and January of 2016, 49 people died taking selfies. The victims' average age was 21 and the gender breakdown was overwhelmingly (75%) male. Priceonomics reported that women, while perhaps more prone to selfie-taking, are less likely to engage in "recreational risks" than men are. Women also tend to exhibit fewer narcissistic and psychopathic behaviors.

As it turns out, this combination of self-obsession and reckless abandon can be a lethal one. It may motivate people to climb to great heights — to the top of a building or onto a bridge — and to reach a little too far in that grab for Instafame, with the result that they plummet to their deaths in pursuit of the perfect selfie. It may distract them from the oncoming train or the plane that they're flying or the bulls in the background.

From Priceonomics' study, we can conclude that the most hazardous selfie environment is one with tall peaks and/or scalable structures. Where there is water, there is also (apparently) potential for selfie death. Based on the Priceonomics analysis, it seems that India poses a greater risk to the average selfie taker than does any other country in the world.

But as the Daily Beast pointed out, this isn't an inexplicable epidemic and it doesn't occur in a vacuum. To refer to the selfie as some deadly plague preying on smartphone users is to remove human agency from the equation entirely, which would be a mistake because human agency — or, more exactly, human carelessness — is the lethal factor in every case.

Consider the "no-selfie zone." Given the dramatic upswing in fatal photographic incidents, governments have recently begun staking out high-risk areas: on beaches, near train tracks, in/around the natural habitats of wild animals. Priceonomics points to these signs from the website of Russia's Ministry of Internal Affairs, which issued a selfie safety guide in 2015. Remove the phone from each scenario, and what's left is a pretty standard caution against careless behavior.

Do not loiter on the train tracks; do not play with or otherwise brandish a firearm in non-life-threatening self-defense situations; do not climb that electrical tower; do not hold a metal rod if you see lightning; do not stand in a small, easily tipped boat; do not climb onto the roof of a house in order to hang from the lightning rod; do not dangle your body from an open window; do not get too close to or otherwise provoke a lion; do not jump into the path of an oncoming train; be careful when climbing a mountain or stairs, lest you tumble to your death.

These are things we all objectively know, yet apparently forget when it comes time for our close-ups.

Ideally, children learn in their earliest years not to play with guns in case those guns turn out to be loaded and go off in their hands (which is how one Houston teen fatally shot himself in the throat while taking a selfie). Common sense tells us not to pull the pin out of a grenade and continue to hold it, lest we blow ourselves up in the process — and yet two people perished in the Ural Mountains doing precisely this, as evidenced by the photo they left behind. We know not to stick a fork in an electrical socket, so by extension, we should know that live wires are not to be touched. But electrocution remains one of the more frequent culprits when it comes to selfie-related deaths.

The above illustrations aren't unlike those that already decorate safety signs posted at beaches, near train tracks and around animal enclosures. So what is it about selfies that merits additional cautionary measures? Is it that the selfie stick allows us to feel as if we were further removed from the action than we in fact are? Does all the posturing and leaning into the frame make one more likely to tumble backward and over cliff's edge?

Or do we forget, now that social media celebrity is so firmly ingrained in everyday culture, that lives lived on or for the internet are still real, still susceptible to abrupt endings? Has the smartphone put so much distance between us and our surroundings that we forget what's real and risky?

It's difficult to say, but what's clear is this: No amount of Instagram approval is worth dying for. When photographing ourselves in impressive settings, our own best judgment is still a must. Death by selfie is tragic for a slew of reasons, chief among them the fact that it could be so easily avoided if people simply paid more attention to what they were doing.