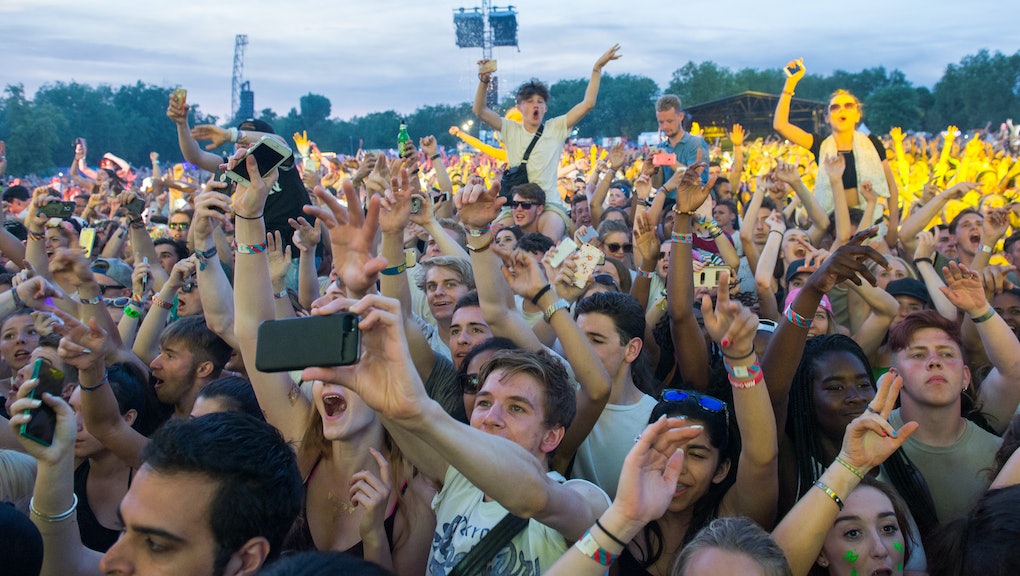 Wireless Festival 2016: Lineup Yet to Be Released and Concertgoers Aren't Pleased

This year's U.K.-based concert series Wireless Festival will take place at London's own Finsbury Park from July 8 to July 10. The festival, now in its 11th year, promises concertgoers a mix of genres — from hip-hop to dance and pop — and has a history of delivering such high-flying performers as Kanye West, Nicki Minaj, Bruno Mars, Jay Z, Drake and Justin Timberlake. But with the festival approaching in the not-too-distant future, concertgoers are getting restless for lineup details, and many are using social media as a vehicle to vent their frustrations.

One of the reasons why tensions are running high could be that festivalgoers are holding out for big-time performers, given that past years have boasted no shortage of heavyweight acts. Yet concert organizers have thus far been cagey with information about 2016's performers and ticket sales.

"This day last year I actually bought my ticket," wrote one user on Facebook, in reaction to a Jan. 29 post from event organizers. "And this year you haven't even released the dates!!!! Hurry up." Another user echoed that sentiment, saying, "So tickets went on presale on 2nd Feb last year [and] you haven't even released the dates yet this year!! It better be a good lineup! Some of us travel for this festival, we need to know what's going on!"

It's also possible that fans are so riled up because Wireless Festival has enjoyed more than a decade's worth of annual dates, and attending the festival each year may have become something of a tradition for longtime fans. Certainly, given the fact that last year's show boasted some of the biggest names in the music industry, it's also understandable that fans are curious to see who's on deck.

"After spreading its wings up North in [Birmingham, England,] in 2014, Wireless was back at its natural home in 2015 with a lineup that was topped by Drake, Avicii and David Guetta," reads a statement from event organizers. "Alongside those, the weekend played host to a selection of upcoming talent, including George the Poet and Jermain Jackman."

"Also famous for its surprise appearances and exclusives — Jay Z and Justin Timberlake were joined by Rihanna in 2013 — Wireless has become [London's] go-to festival for those after the urban side of mainstream."

In lieu of an official lineup, and as we wait, here's a roundup of photos from the much-hyped annual event from years past: