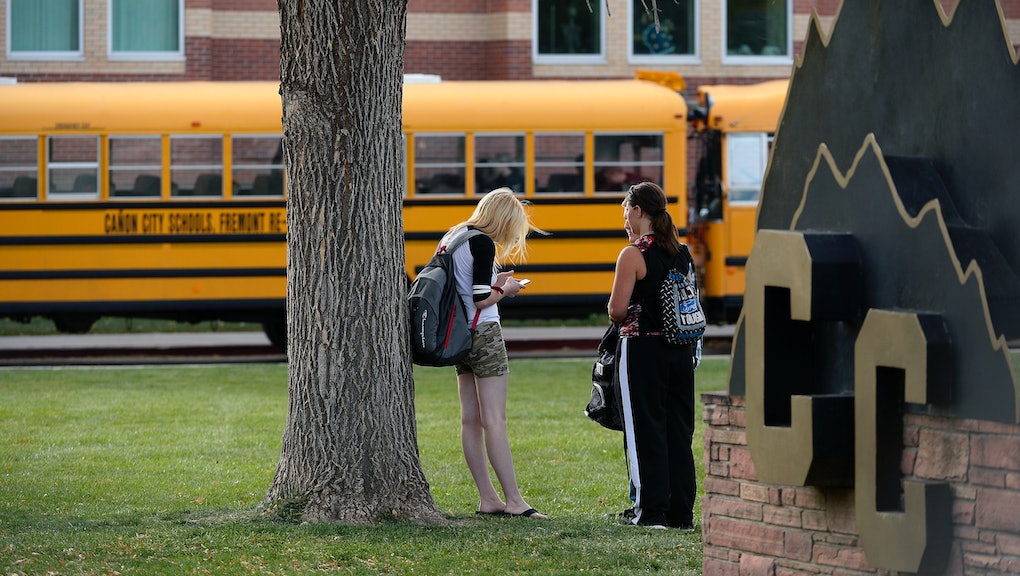 Many teens nationwide would undoubtedly be surprised to read that yes, sexting — the sending and receiving of #nudes —  is illegal for minors in many parts of the country. Twenty states have laws specifically pertaining to sexting, while in the other 30, teen sexting tends to fall under the child pornography umbrella.

Unfortunately, though, it seems that many teens are unfamiliar with the penalties, despite the fact that many of them (some 54%) sext, according to a 2014 study by Drexel University.

"This is a scary and disturbing combination" said David DeMatteo,  one of the study's authors. "Given the harsh legal penalties sometimes associated with youth sexting and the apparent frequency with which youth are engaging in it, the lack of comprehension regarding such penalties poses a significant problem."

As Mobile Media Guard (MMG) reported, the implications of a poorly conceived sext are wide-reaching. Parents who pay their children's cell phone bills may come under fire if their child passes around nude photos of another child. Nudes that find their way to the web are also available to pedophiles and sexual predators, along with a sea of potential employers and college administrators.

Then, MMG says, there's the issue of emotional trauma: When a nude photo intended only for one specific pair of peepers instead lands in front of a whole high school's worth of eyes, the cyberbullying that can (and often does) result may have far more serious repercussions than most parents or photo-sending teens would want to consider, including suicide and "sextortion," as MMG calls it. That would be the use of illicit images to wedge the sexter between a rock and hard place, from which they might be pressured to send more nudes or pay in sexual favors.

The problem, really, is that a sext can travel at lightning speed. That's how we get the so-called sexting ring discovered at Connecticut's Newton High School in January and the 2015 Colorado sexting scandal that implicated some 106 students.

The takeaway? Most people, at some point, send a sext. It doesn't have to do emotional or legal damage to the sender or the receiver, so long as the sexting remains a private exchange.

Because teens are by nature moody, impulsive and more heavily influenced by emotions than are adults — who might better appreciate the implications of posting a nude picture to the internet — it makes sense that they might not be mature enough to sext responsibly. But certainly, they should remember that those actions can have very grave, very adult consequences.