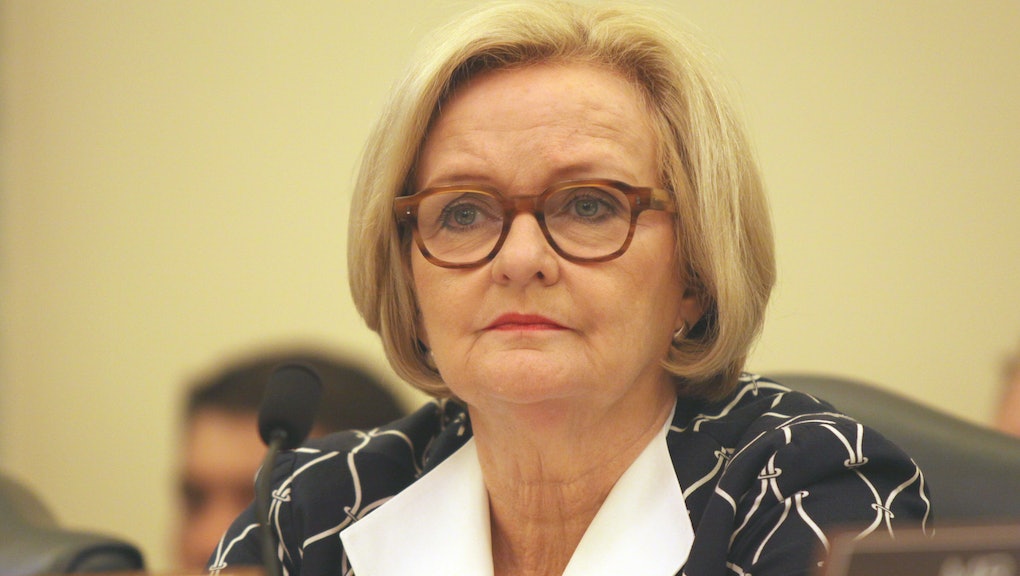 The second-term senator shared the news in a Tumblr post, writing that while the diagnosis is "scary," her prognosis for a full recovery is "good."

McCaskill, a leader in the legislative fight against sexual assault in the military and on college campuses, first won election to the Senate in 2006, securing a second term in 2012 over then-Rep. Todd Akin.

Adept at using social media — her colorful, often poignant Twitter account is a favorite of both constituents and political reporters — McCaskill famously employed the social network to help herself lose 50 pounds, after tweeting, "I'm tired of looking and feeling fat. Maybe talking about it publicly will keep me on track."

Her willingness to speak frankly and forthrightly about her health struggles now takes on added significance, as she battles a disease that will strike nearly 250,000 women this year.