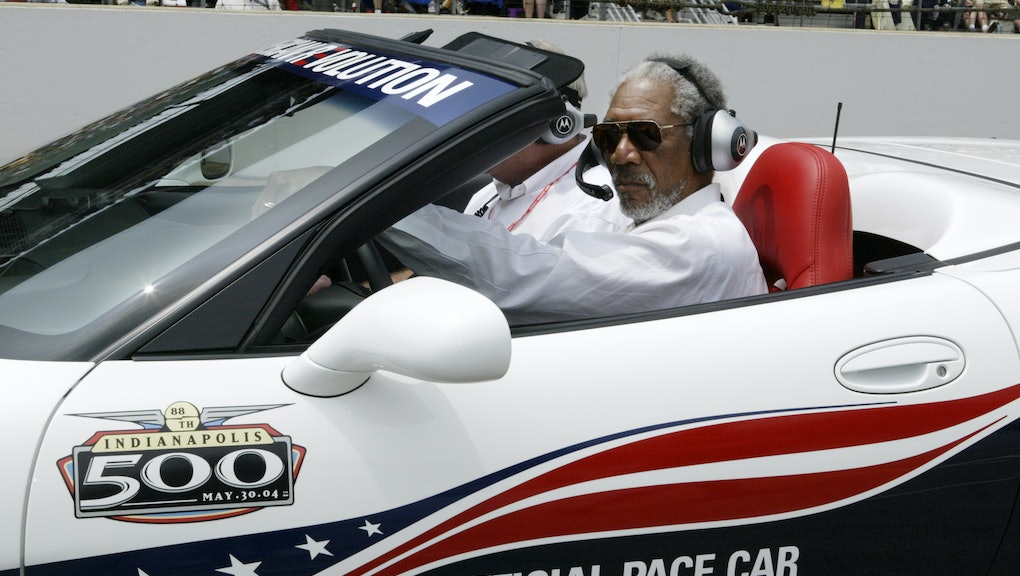 If we're being honest with ourselves, most of us should probably admit that we've wished, on one or more occasions, that Morgan Freeman were available to narrate our lives. And finally, he is — at least during times of transit. Freeman is the latest in a line of celebrity narrators to lend their pipes to Google's Waze GPS app.

"The American people are counting on you... to drive. Let's go," will be one of the phrases GPS Freeman speaks, according to E! Online, along with, "You've arrived. It's been my honor and duty to see you through this mission."

Read more: Police Are Putting GPS Trackers in Every Object You Can Imagine

"Why is Morgan Freeman treating me as if I were a diplomat?" readers may ask themselves. Because the voiceover is a plug for Freeman's upcoming film, London Has Fallen, in which he plays the vice president. So an in-character Freeman speaks to drivers as if each of them were the commander-in-chief, E! reported.

The Waze-using world will need to suspend its disbelief and accept the fact that presidents drive themselves with their vice presidents in the passenger seat for navigational support. Because we all need a little ego boost during the morning commute.

Is it potentially dangerous to have so many motorists, lulled into a sense of false self-importance and/or entranced by Freeman's enviable vocals, barreling through the streets? Is this innovation going to make for whole armies of vehicular menaces? Time will tell, but for now, we're just grateful for his guidance as we find our way through daily life.

Want more of Freeman's God-like voice? Click here to listen to him read a charming bedtime story or here to learn how he keeps his tones so low and dulcet.