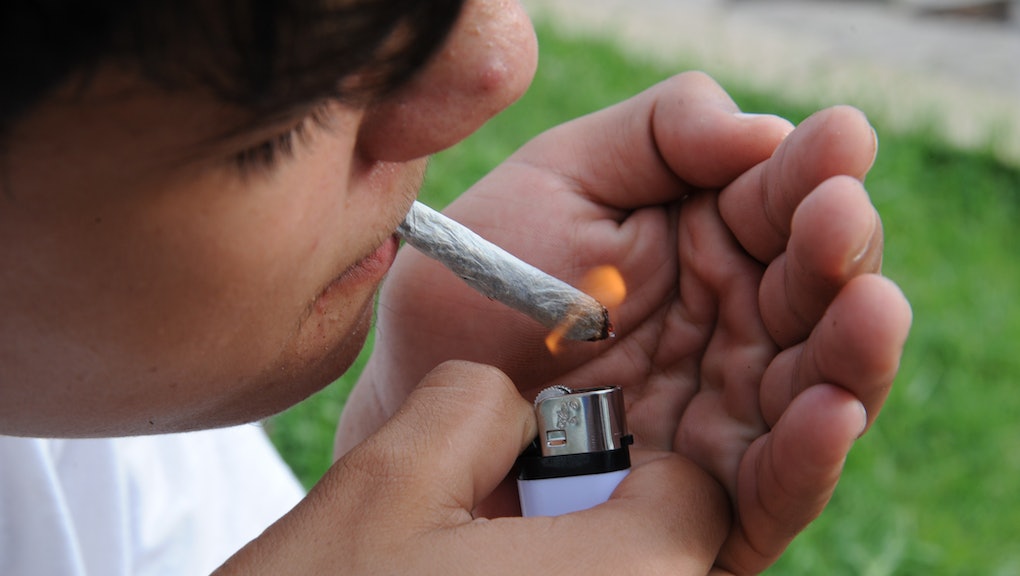 Marijuana Addiction Is Real, According to Scientists, But It's Not the Same as Other Drugs

Most people would probably scoff at the assertion that marijuana is an addictive drug. But according to the National Institute on Drug Abuse, some 9% of users will develop dependency on weed — a statistic that seems low, granted, but still indicates that some users do become addicted.

According to NIBA, symptoms of weed withdrawal include moodiness and irritability, trouble sleeping, a dip in appetite, cravings, restless feelings and physical discomfort. As Leaf Science reported, because these reactions are fairly rare in the case of marijuana users, people tend to classify it as psychologically addictive, rather than physically addictive.

But according to Dr. Wes Boyd, Ph.D., a psychiatrist at Cambridge Health Alliance and associate professor at Harvard Medical School, that distinction is misleading.

"Even though the physiological effects of cannabis withdrawal are generally mild," Boyd wrote for Psychology Today, "it is not correct to conclude that marijuana is not addictive, because being addicted to something is more than simply being physically dependent on a drug and experiencing physiological effects if the drug is stopped suddenly."

Addiction, Boyd said, also speaks to compulsive behavior that gets worse with time — when someone becomes fiendish in their pursuit of a drug and when need or desire for that drug begins to interfere with daily life.

That's where cannabis use disorder might come in. As defined by the Diagnostic and Statistical Manual of Mental Disorders, Fifth Edition, among people who have used cannabis recently, use disorder includes "problematic behavioral or psychological changes."

Whether the behavioral or psychological changes that come with weed smoking become problematic, rather than standard, is bound to be subjective.

However, those who find that they can't scale back their marijuana consumption, find themselves instead taking more of the drug to achieve effect, experience cravings or find themselves making social and professional sacrifices to make time for weed use might have cannabis use disorder, according to the DSM-5.

Heavy users of addictive drugs such as heroin would probably check a few of those boxes, too. That cannabis is widely considered non-addictive while opioids are viewed as anything but has to do with the scale of withdrawal symptoms and behavioral side effects — heroin, of course, is far more severe on every score, not to mention deadly.

Marijuana is much safer, but that doesn't mean it's not addictive. Certain users do form cannabis addictions, but according to Leaf Science, that's rare — especially relative to other substances.