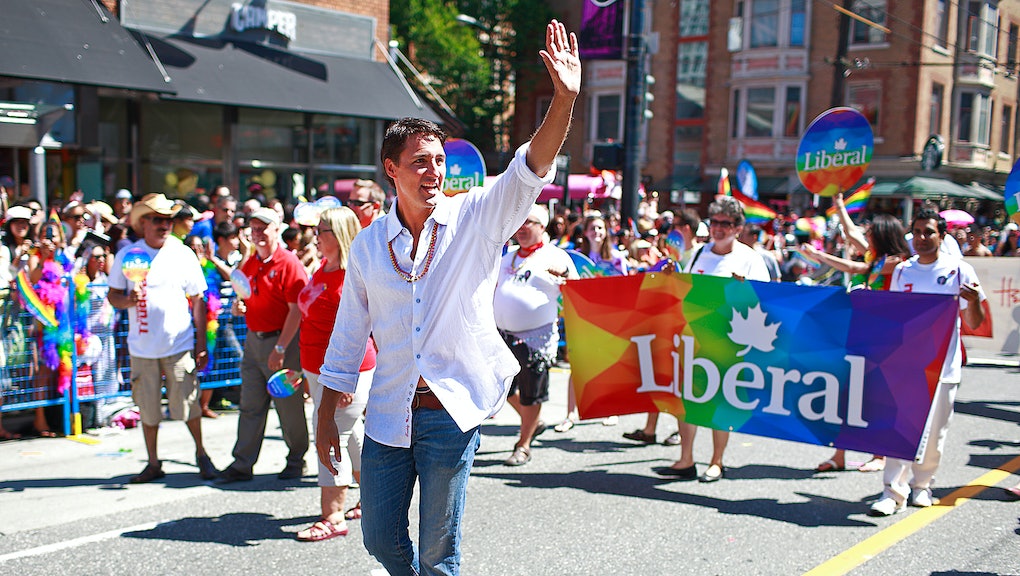 Justin Trudeau will soon be making history as the first sitting Canadian Prime Minister to march in a gay pride parade.

On July 3, Trudeau will participate in the Toronto parade, as the organizers announced via Twitter on Monday afternoon. Trudeau responded saying he's looking forward to participating again (in previous years the Canadian heartthrob has taken part, but that was before his tenure as the country's leader).

Read more: In the Event of a Trump Presidency, Follow the Exit Signs to This Canadian Island

Gay Syrian refugees will also have their own contingent in the march.

Scores of people took to Twitter to express their jubilation and to commend Trudeau for his support of the LGBT community.

Then the occasional thirsty Trudeau-supporter: