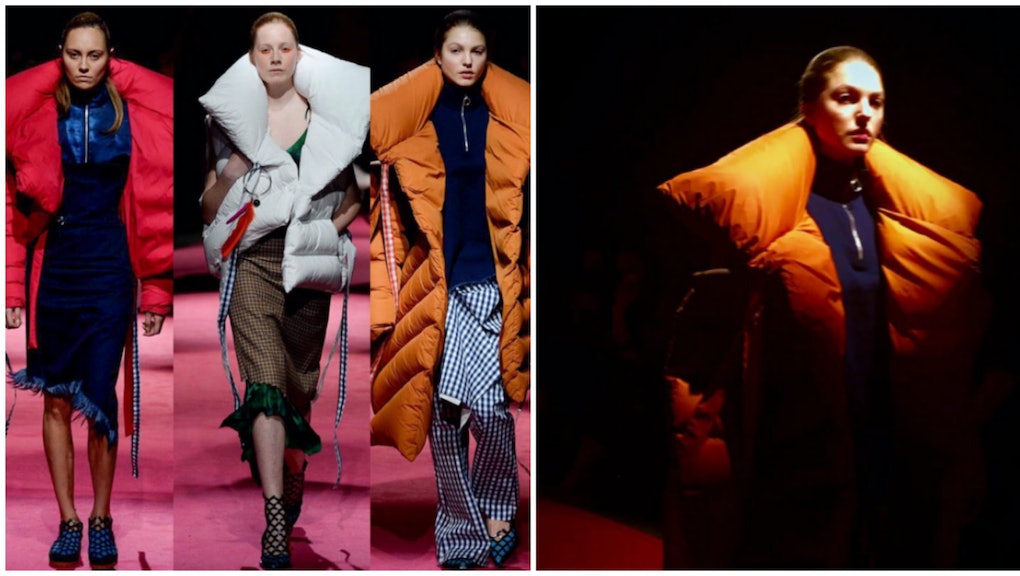 At Fashion Week, anything goes — and by anything, we mean from Hannibal Lecter masks to technicolor afros to naked unicorn dresses.

It takes us back to bed.

One designer, thinking only of our wildest dreams, wants us to go about our days wrapped in duvet covers. These jackets are essentially high-end sleeping bags.

At designer Marques Almeida's show Tuesday, models stomped down the runway in jackets made of what appeared to just be duvet covers, effectively putting your puffy Canada Goose winter jacket to shame.

On social media, the duvet-covers-turned-jackets were a hit, with one Instagram commenter noting, "I want to be a Marques Almeida girl, wrapped in denim and a duvet." Don't we all?

This isn't even the first time this whole wear-your-bed thing has graced the runways at London Fashion Week this season.

On Sunday, at the Alexander McQueen show, a posh-looking model with an embroidered gown and jewels in their hair was wrapped up in what looked like very lavish satin duvets.

It's like if the princess from the Princess and the Pea woke up with a hangover.

It's become entirely clear that designers have been keeping an eye on us. We collectively freaked out and started a savings account when we first heard about this Japanese blanket that doubles as a heated table, right? There are now hoodies that have blow-up pillows inside of the hoods, and the latest footwear trend out of China is essentially wearing slippers outdoors.

We are living in an era of conspicuous comfort. Collectively as a generation, more than ever before, we just really don't want to get out of bed — and designers are making sure that we basically don't have to.