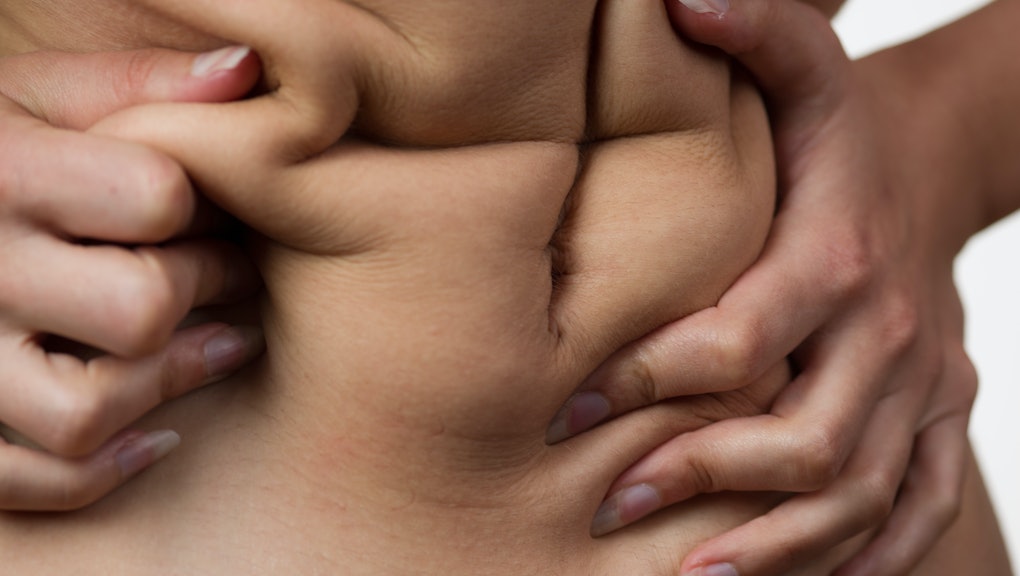 There's another "f" word out there.

Maybe it's on your belly, maybe it's wrapped around your thighs or maybe it sits on your arms. No matter where it is, we all have fat. Body fat is different from the word or the concept of "fat," a label few people take on openly.

Read more: 9 Facts Shatter the Biggest Stereotypes About People Who Are Fat

However, negative attitudes and emotions about fat persist. To learn more about how people feel about the word, WatchCut compiled a video of responses to it for National Eating Disorder Awareness Week. In this video, people who are living with or recovered from eating disorders responded to the "f"-word.

Some people smiled, even though the word made them uncomfortable.

Many recounted confrontational relationships with the word; fat was "the enemy" they spent their lives running away from.

However, it was very clear that the word "fat" was just a very unpleasant word to hear.

One participant in the video explained that she had a fear of fat.

The biggest recurring theme? That being fat was a "failure."

Not everyone had negative views.

It's clear that those who participated in the video have complicated, nuanced feelings about fat. Science shows that fat-shaming is part of why negative feelings may not go away. But, for now, what's important is that this video is helping people talk about it.