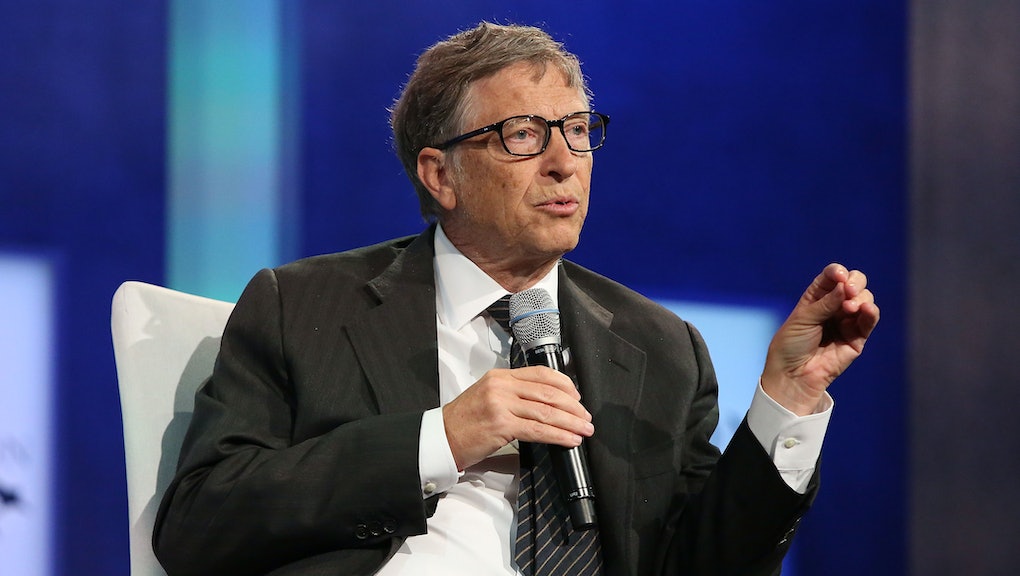 Bill Gates Speaks Out on the FBI vs. Apple Case

In the ongoing standoff between Apple and the FBI, there's one voice in Silicon Valley that stands against Apple — or so it seems. Reports early Tuesday are painting Microsoft co-founder Bill Gates as the FBI's sole defender. But further conversations with Gates offer a different message.

Apple is currently fighting a court decision that would force it to build a new operating system that would weaken the security controls on an iPhone 5C belonging to Syed Rizwan Farook, a suspect in the killing of 14 people in San Bernardino, California.

In the interim, many Silicon Valley notables have rushed to support Apple's cause, including leading members of Facebook, Twitter, Google and, yes, even Microsoft, through its membership in the organization Reform Government Surveillance.

But Gates may have a different take on Apple's decision to hold out. "This is a specific case where the government is asking for access to information," he told the Financial Times. "They are not asking for some general thing; they are asking for a particular case."

"It is no different than [the question of] should anybody ever have been able to tell the phone company to get information, should anybody be able to get at bank records," he continued. "Let's say the bank had tied a ribbon round the disk drive and said, 'Don't make me cut this ribbon because you'll make me cut it many times.'"

Gates told the Financial Times there were upsides to the government being able to access data within a criminal investigation, but rules surrounding information-gathering have to be established.

"I hope that we have that debate so that the safeguards are built and so people do not opt — and this will be country-by-country — [to say] it is better that the government does not have access to any information," he said.

The Financial Times ran a story about Gates under the headline "Bill Gates Backs FBI iPhone Hack Request." Since the story was originally issued, Gates has come out and said that the article didn't accurately reflect his views. In a conversation with Bloomberg Go, Gates said, "The extreme view that government always gets everything, nobody supports that. Having the government be blind, people don't support that."

In subsequent interviews with Charlie Rose and the BBC, the Microsoft co-founder pulled back on some of his earlier statements. Rather than rebuffing Apple's stance, Gates seems to be saying that in pursuit of enforcing the law, government collection of information is necessary, but there are bigger questions that need to be answered about how law enforcement goes about obtaining that data.

After explaining to Rose that no bank has ever refused to give the government information the way that Apple has, Gates added, "I think Apple in the end is just forcing a complete judicial process. I don't think Apple is saying that if the [case] goes to the Supreme Court that they'll defy the government."

Gates also said he thinks that a conversation about safeguards and law enforcement is an important one.

"At the end of the day, we want a government that has visibility and we trust it to use that visibility on our behalf," he said.

Microsoft is itself involved in a legal battle with U.S. law enforcement over whether it should hand over emails stored on servers in Ireland. The emails are being requested as part of a criminal investigation.

Traditionally, with data overseas, law enforcement is supposed to go through a process outlined in the Mutual Legal Assistance Treaty, which allows U.S. law enforcement to directly request evidence from Ireland's government. U.S. officials are arguing that because Microsoft is a U.S. company it doesn't have to go through MLAT, according to Politico.

The 2nd U.S. Circuit Court of Appeals is expected to deliver a decision on the issue later in 2016.