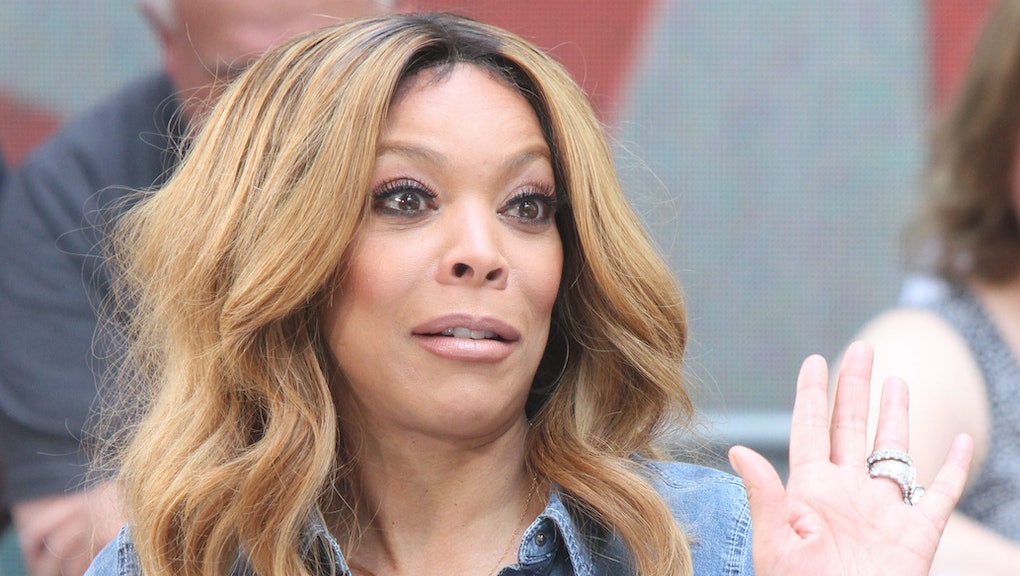 She's at it again.

On a recent airing of The Wendy Williams Show, talk show host Wendy Williams suggested that Kesha, who is embroiled in a legal fight to escape a contract with a producer who she says raped her a decade ago, should have documented the allegations on film.

Williams also appeared to defend the recent court ruling that denied Kesha's request to terminate her contract with Sony.

"Unfortunately business is business, and it sounds like it's fair. If everybody complained because somebody allegedly sexually abused them ... contracts would be broken all the time," said Williams, in a story also reported by Jezebel.  "I mean she's like, 30 years old? ... So she wasn't stupid 10 years ago and neither was her mother when the sexual abuse — alleged sexual abuse — started, why weren't they rolling camera on it?"

The moment — as such a moment is wont to do — made its way to Twitter where, in one post alone, it was retweeted more than 4,000 times.

Williams has long courted public ire with a history of explosive opinions on trending news subjects. She has previously declared that Caitlyn Jenner was not a real woman because she still had a penis, body-shamed Ariana Grande, fought with Alyssa Milano over public breastfeeding, among plenty of other such incidents.

Which leaves us with just one question: What's good, Wendy?