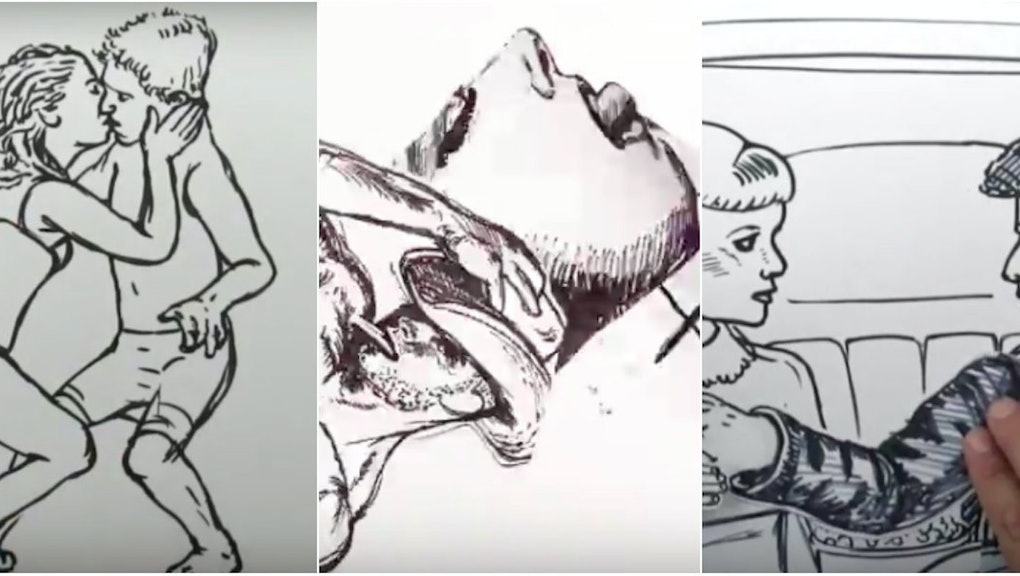 Here in the United States, we've successfully managed to take the pleasure out of sex education — literally. Even in states that actually require students to take sex ed, schools generally fail to teach kids the ins and outs of their own bodies and desires, leaving them ill-prepared to take control of their own health. Sex ed classes also tend to leave out a rather crucial fact about sex: It can and should feel good.

As many people will tell you (ahem, women in particular), it often takes work to have a fulfilling sex life. But it might take a little less effort — and be a little less awkward — if kids learned about pleasure, desire and healthy relationships earlier, in addition to learning about the physiological aspects of sex and sexuality.

That's the premise of The Practical Guide to Love, Sex and Relationships, a progressive video series that takes sex ed beyond condoms on bananas and scary PowerPoint presentations about sexually transmitted infections.

According to The Age, the clips were developed by the Australian Research Centre in Sex, Health and Society at La Trobe University. They recently became available for use in Australian schools, and are primarily geared toward 13- and 14-year-olds.

"The first step in encouraging people to make happier choices is to acknowledge that enjoying sex is a lovely part of being human," Jenny Walsh, a sex ed expert and project lead for The Practical Guide, told The Age. "If we don't do this, then young people are more likely to put up with less-than-satisfactory experiences."

The videos and corresponding quizzes tackle topics that are typically (but not always) overlooked in sex ed curricula in the U.S., such as gender identity and affirmative consent. They're the types of issues, Walsh argues, that people need to know about in order to have safe, healthy, fulfilling sex lives.

"Young women still fear that if they say what they want, that they will be judged as a slut, or will be called frigid. Research also shows that young men often think that they need to have sex, in order to be an accepted male," she said. "We're trying to chuck those rules out the window when it comes to sex."

Indeed, young people have plenty of misconceptions about sex and sexuality, which could be addressed with better, more honest sex education, potentially as early as kindergarten. Contrary to arguments against mandatory, comprehensive sex ed, research has shown that educating students about healthy sexuality at younger ages doesn't lead to earlier sexual activity, and instead can encourage them to delay having sex for the first time until they feel they're ready.

That's exactly the sort of self-knowledge at the core of the Practical Guide — not to mention at the heart of a healthy sex life.