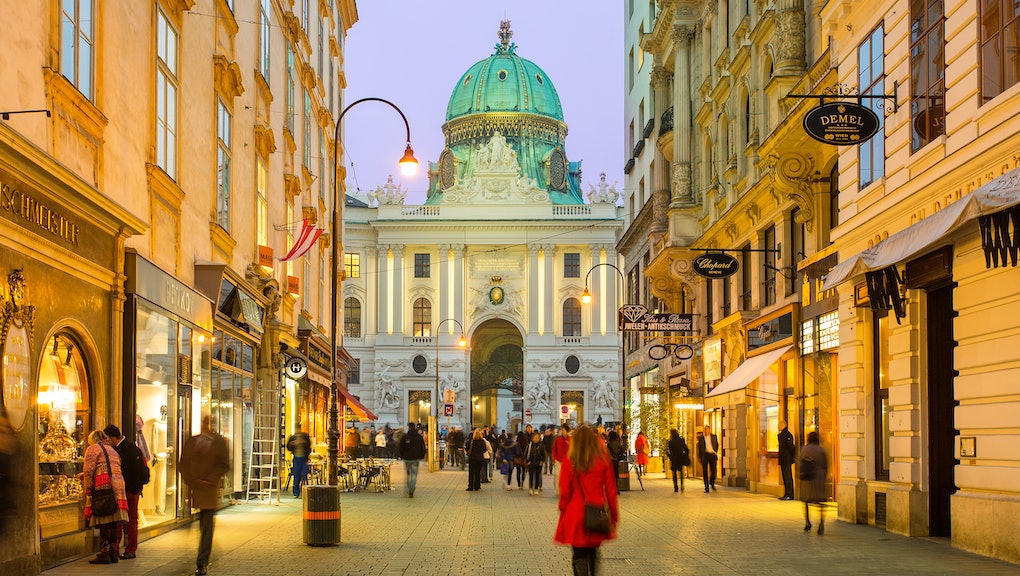 It's official. Pack your bags and head to Vienna.

According to Mercer's 18th annual Quality of Living survey, Vienna is the best city in the world to call home.

Sadly for diehard London and New York dwellers, their beloved cities barely registered as also-rans, coming in at 39th and 44th respectively, out of 230 spots.

European cities claimed eight of the top ten spots, with the exception of Vancouver (No. 5) and Sydney (No. 10).

Read more: Money Buys a Minister of Happiness for the United Arab Emirates

"Despite recent security issues, social unrest and concern about the region's economic outlook, European cities continue to offer some of the worlds' highest quality of living," reads the ranking summary.

The business consulting firm considers a number of variables to measure quality of life. "[The rankings are] based on internal stability, crime figures, performance of local law enforcement and the home country's relationship with other countries."

The analysis is designed to help companies decide where to base their outposts and how to best compensate employees around the world.

Check out where your city falls on the list and whether or not you should consider a move: