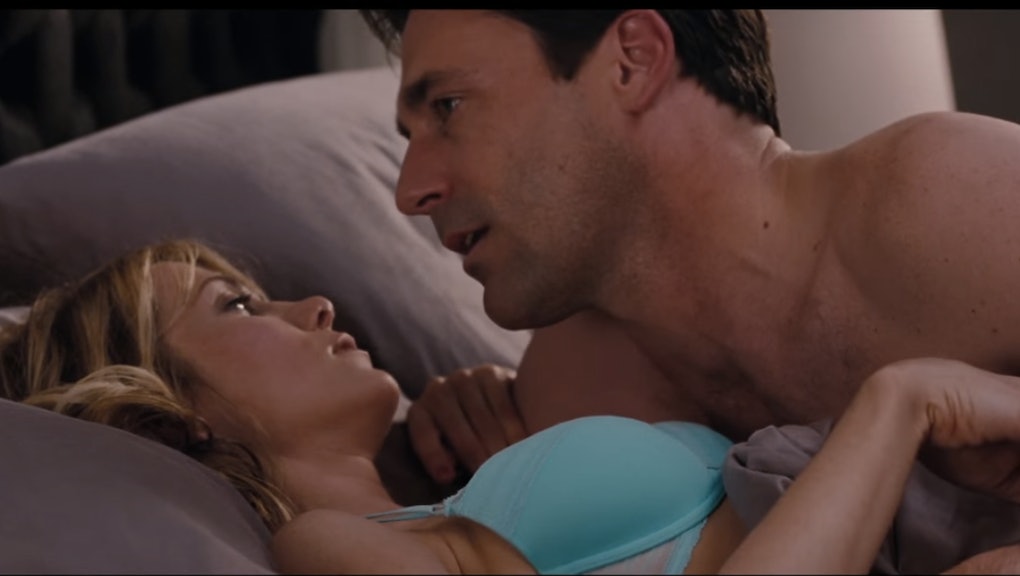 If you've ever been in a long-term relationship, you know that sex can easily get, for lack of a better term, really boring. If you're not careful, you can easily find yourself bent over while Seamlessing Indian food on your phone, wondering whether you should go to birthday drinks for that girl with bangs from your office.

Even if you're doing sex with your partner on the reg, it's easy to feel a bit like your sexual routine is a well-oiled machine. Luckily, science is ON IT.

In a study that will be published in the Journal of Sex Research, researchers claim to have discovered a few simple rules for dating my teenage daughter having a satisfying sex life — and they're not necessarily what you'd expect! As it turns out, just saying three little words can make a world o' difference.

What makes for satisfying sex: Conducted by researchers at Chapman University, California State University in Los Angeles, Sonoma State University and the Kinsey Institute at the University of Indiana, the study asked participants in long-term relationships to rate their long-term sexual satisfaction, asking nearly 39,000 people in committed heterosexual relationships to take a survey online. They then measured which individual factors were correlated with sexual satisfaction.

Some of the results of the research weren't particularly surprising. Orgasm, for instance, was "associated with higher satisfaction" in women, according to David Frederick, a co-author of the study and an assistant in health psychology at Chapman University. (No doy! Orgasms are gr8.)

Additionally, couples who reported being consistently satisfied with their sex lives were more likely to have sex more often than couples who weren't, with 79% of men and 81% of women in sexually satisfied relationships saying they had sex more than once a week. Basically, the more you enjoy doing boinky-boinky, the more frequent said boinky-boinky will be.

What was somewhat surprising, however, was that both men and women reported one of the most reliable predictors of sexual satisfaction was communication, i.e. "being open about sexual desires and fantasies" and "communicating about sexual likes and dislikes."

This is far from the first time that researchers have illustrated the significance of communicating during sex. Despite the discomfort associated with articulating your desires in bed, it's well-established that speaking up about what you like and don't like is associated with increased satisfaction (re: more orgasms) in the long run.

Yet, as the study notes, apparently no research has determined the importance of saying "I love you" during sex, largely due to the dearth of research on intimate behaviors in bed in general.

Interestingly, the study also notes a few differences in what men and women in long-term relationships value during sex. While both men and women consistently rank mood setting and communication as reliable predictors of pleasure, men view sexual variety (e.g trying new positions) as a predictor of long-term satisfaction, while women cite orgasms.

Men's preference for sexual variety can largely be chalked up to men's oft-cited preference for novelty over familiarity when choosing sexual partners. (Try using that one the next time you're caught looking at some girl's boobs on Snapchat, men.) The fact that women cite orgasms as a predictor of satisfaction, however, probably speaks to the much-maligned orgasm gap, or the fact that heterosexual women have an average of one orgasm for every three for men.

"For women, there is a lot of variability in orgasm frequency.  Some women orgasm consistently, some women never, some women in between," David Frederick, a co-author of the study who teaches at Chapman University, told Mic. But "there is limited variability in orgasm for men (both satisfied and dissatisfied men orgasm 'usually' or 'always' orgasm)." Simply put, for women, orgasm is a welcome addition to satisfying sex, while for men, orgasm is just a given.

What that says about sexism and our society's deemphasis of female pleasure is the subject of another study. But the next time you find yourself texting during doggy style, consider this your daily reminder that turning around, looking your partner in the eye and saying "I love you" every once in a while can go quite a long way.

This article was originally published on Feb. 23, 2016