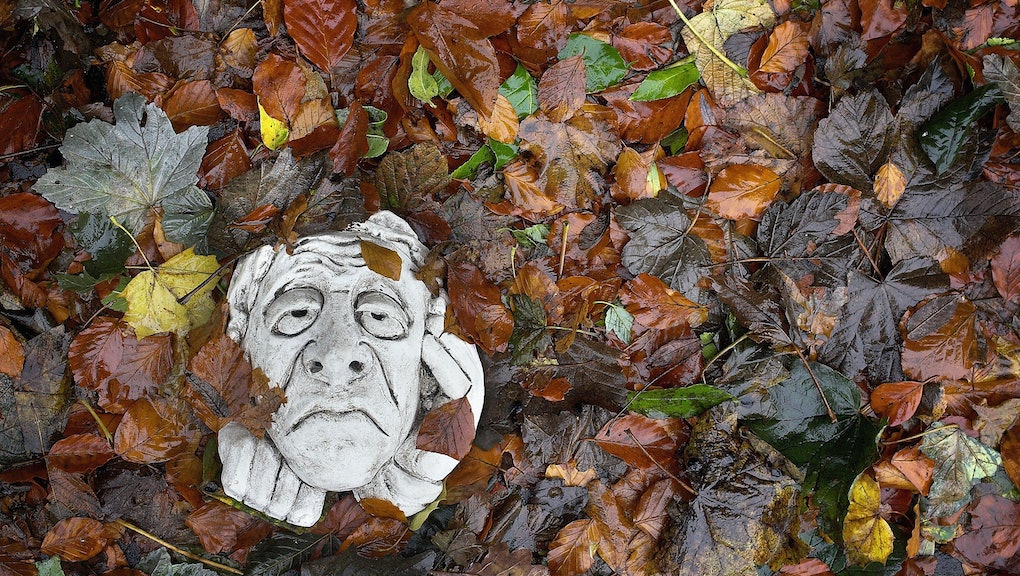 Could This Gene Be What's Causing Your Seasonal Affective Disorder?

Researchers think they're on the way to kissing seasonal affective disorder goodbye.

A team from University of California, San Francisco's School of Medicine are hot on the trail of a gene that may be related to crappy sleep schedules and seasonal depression.

Senior study authors Ying-Hui Fu and Dr. Louis Ptacek identified variants in a gene called PER3, which acts as a circadian pacemaker — essentially, making sure your body lives on a 24-hour cycle.

The UCSF team found the variation in families with sleep issues, including a rare condition called familial advanced sleep phase, which gives people a faster internal clock than others. The PER3 gene variation was consistent in three family members who experience both an unnatural sleep cycle and increased depression during the darker seasons.

Three family members is a small sample. The step after that is where it gets interesting.

The study authors put the mutated PER3 gene into genetically engineered mice, then simulated the effects of cold seasons and crummy sleep schedules. They started to detect depression-like symptoms in the mice, such as immediately giving up when presented with a difficult test.

When the mutated gene was isolated in a petri dish, it wasn't making a normal amount of the PER3 protein, which usually stabilizes the mechanism that keeps your biological clock running on a 24-hour schedule. Not having that protein, according to the researchers, could be what makes the FASP patients live on an extremely early-to-bed, extremely early-to-rise sleep schedule.

If you're skeptical, you have good reason to be. Even one of the senior authors called the evidence circumstantial, and a lot of research still needs to happen.

However, if the team is correct, it's a good starting point to helping the 6% of Americans who suffer from some sort of seasonal depression. "It's an exciting time," Ying-Hui Fu said in a press release. "People have known for decades that light and mood were linked, but this is our first real finger-hold on the problem."