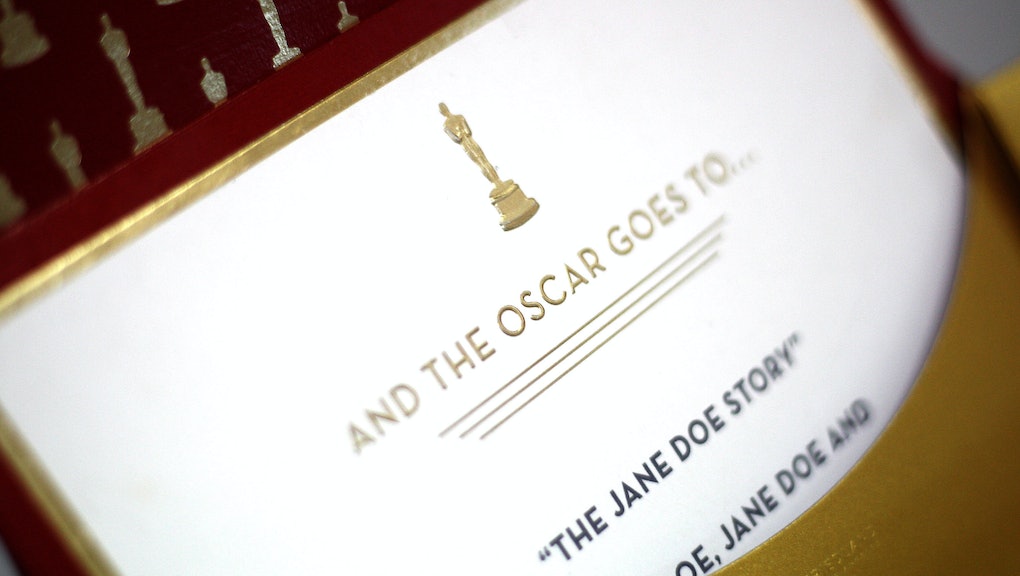 What Time Will the 2016 Oscars Go Until? Here's Your Guide to Sunday's Event

The 2016 Oscars are just around the corner, and the star-studded event will boast several hours' worth of haute couture, accolades and acceptance speeches. In recent years, viewers have come to expect at least 3 1/2 hours worth of award announcements — not including the red carpet spectacle that precedes the main event — though running time has varied year to year.

ABC will broadcast the 88th Academy Awards live from the Dolby Theater in Hollywood on Sunday at 8:30 p.m. Eastern, and stars will walk the red carpet at 7 p.m. Eastern. The event will also be streamed live.

This year's event boasts a long list of big-time performers and presenters, among them Louis C.K., Abraham Attah, Tina Fey, Common, Lady Gaga, Sam Smith, the Weeknd, Sofia Vergara and Byung-hun Lee. And that's not all.

"Oscar winners Morgan Freeman and John Legend have been added to the list of presenters along with J.J. Abrams, Sacha Baron Cohen and Henry Cavill for the 88th Oscars telecast," the event's organizers said in a statement. "Oscar producers David Hill and Reginald Hudlin also announced a special performance by Dave Grohl for the 88th annual event, hosted by Chris Rock."

For a full list of performers and presenters, head here, and here are this year's nominees.

In the lead-up to the 2016 Oscars, the Academy has come under fire for a lack of diversity. As a number of celebrities came out swinging against the Academy and the hash tag #OscarsSoWhite reached viral peaks, Academy President Cheryl Boone addressed the controversy head on.

"I'd like to acknowledge the wonderful work of this year's nominees," Boone wrote in a statement dated Jan. 18 that was shared on Twitter. "While we celebrate their extraordinary achievements, I am both heartbroken and frustrated about the lack of inclusion."

"As many of you know, we have implemented changes to diversify our membership in the last four years," Boone continued later in the statement. "But the change is not coming as fast as we would like. We need to do more, and better and more quickly."