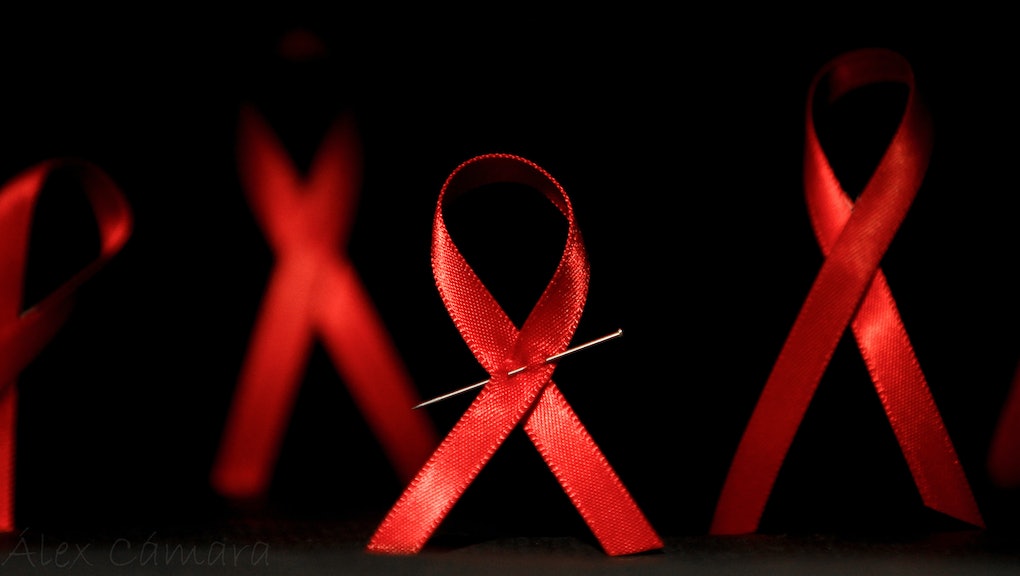 If We Don't Act Fast, Half of Gay Black Men and a Quarter of Latino Gay Men Will Get HIV

Getting HIV may be the farthest thing from your mind. It may be a relic from the '80s — less relevant than The Breakfast Club or leg warmers.

But according to a new CDC study, 1 in 2 black gay men and 1 in 4 Latino gay men will become HIV-positive if current trends persist. That makes both groups more likely to contract HIV than the general gay population — where the odds are 1 in 6. For white gay men, it's 1 in 11. The lowest risks are for heterosexual white men, for whom 1 in 473 have to worry about contracting the virus.

This new data from the CDC indicates that, perhaps, the Titanic has seen the iceberg but has yet to change course. When the ship crashes, it's the passengers in steerage who suffer the most. In this case, it's those in marginalized groups who are most at risk for HIV — young gay men of color, as well as transgender women of color and black women.

One thing is very clear: When it comes to fighting HIV in the United States, some populations are not just being left behind, they may also be getting ignored by current efforts to fight the HIV epidemic.

In the age of Black Lives Matter and intersectional thinking, it seems both backwards and typical that we've allowed these young gay black lives to remain most at risk for an epidemic that, for the white and wealthy in America, remains much less of a problem.

The HIV epidemic targets young gay men of color for reasons that are often wholly outside of their control. These reasons are what public health researchers call the "social determinants of health" — basically, factors that are societal and often related to a person's identity and geographical or social location like homelessness, lack of sex education and poverty, among others. These social determinants of health put black gay men in a much worse position than their white counterparts.

"As those conditions conflate around a person's life, it leads to people making decisions that are not as wise, at least in the moment," Blake Rowley, manager of prevention and health equity at the National Alliance of State & Territorial AIDS Directors, told Mic. "People are forced to make decisions that, if there were ideal conditions, they would not. Survival sex work — those situations are very real for young people."

The numbers presented are not exactly new. In 2009, Ron Stall published a paper in AIDS and Behavior called "Running in Place" that showed that 40% of gay men could become HIV-positive by age 40 if no serious action was taken. Later, when a response study to "Running in Place" was published, authors called it "Running Backwards," and reported numbers that showed the epidemic young black gay men face is much graver. Forty percent of gay black men would be HIV positive by age 30, and about 60% by age 40.

"We just have to confront the fact that people are not just their disease or lack of disease, and we have to talk about the things that impact peoples' lives," Rowley said.

However, the CDC's current plan to fight HIV among young gay black men includes solely disease-related answers. According to its press release, their recommendations for fighting HIV include ramping up testing, treatment and uptake of pre-exposure prophylaxis, or PrEP, a daily pill to prevent HIV.

However, advocates who spoke to Mic said that implementing these recommendations will hit a wall if communities are not included and empowered to lead the implementation.

"We're not investing enough in leadership from communities of color," Johnson said. "The most visible faces for PrEP efficacy tend to be white faces. I'm not sure that those individuals, intelligent and well spoken as they are, will be able to reach the communities that are most rapidly falling behind in this epidemic."

According to Ben Young, the senior vice president and chief medical officer at the International Association of Providers of AIDS Care, leadership in the HIV epidemic should reflect the Denver Principles, a document that set forth the ways people with HIV should be treated. It basically comes down to this: Don't do nothing about us without us.

"Policy makers and caregivers should actually actively seek to engage the very people who are at risk, the very people living with HIV, to be involved in the process that leads to their engagement in care and treatment," Young told Mic. "We need to be reaching out to thought leaders, opinion leaders in those communities."

Young, as well as several advocates who spoke to Mic, emphasized the importance of engaging both those who are HIV-positive and those who are HIV-negative to get into care and treatment programs to reduce the risk of HIV transmission in whatever way they see fit — whether that be HIV-positive people finding care and staying on HIV meds or people who are negative using condoms or PrEP.

Addressing HIV involves addressing more than a virus, there's a long list of factors that require intervention. Young said all the work must be done through the lens of racial and social justice.

"You have to add bigotry to this list, because at the end of the day, it's young gay men of color, people of low-income, women of color who are at greater risk of [contracting HIV] and, sadly, dying," he said. "We should be demanding that this stop."