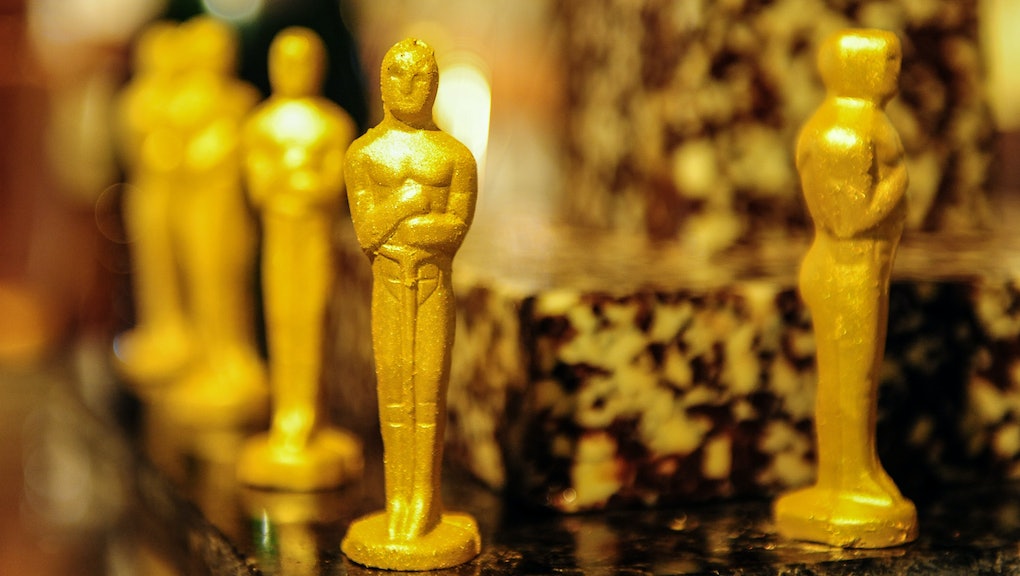 The 88th Academy Awards kick off Sunday night, live from the Dolby Theatre in Hollywood. Everything from the Oscars red carpet to the awards show will be available for online audiences this year, streaming through multiple outlets.

The Oscars will be streamed live on ABC.com beginning at 7 p.m. Eastern, when celebrities will begin walking the red carpet. The Academy Awards will also be hosted on the ABC app, which will stream the event in its entirety.

Read more: If You're Making 2016 Oscar Predictions, Here's Where to Bet Big

In order to stream the show, users will need to log in through their service providers when entering ABC's website or app on Sunday night. This year, livestreaming capabilities will only be available to the following cities, according to ABC: Chicago; Fresno, California; Houston; Los Angeles; New York City; Philadelphia; Raleigh-Durham, North Carolina; and San Francisco.

Chris Rock will be hosting Sunday night's Oscars, which has been clouded by a whitewashing controversy otherwise known as the #OscarsSoWhite. Jada Pinkett-Smith and her husband, Will Smith are boycotting this year's event. Another major focus for Sunday night is whether Leonardo DiCaprio will finally take home a coveted Oscar for his role in The Revenant.

The official event begins at 8:30 p.m. Eastern. While waiting for the livestream to begin, check out Mic's 88th Academy Awards predictions based on this year's Golden Globes.