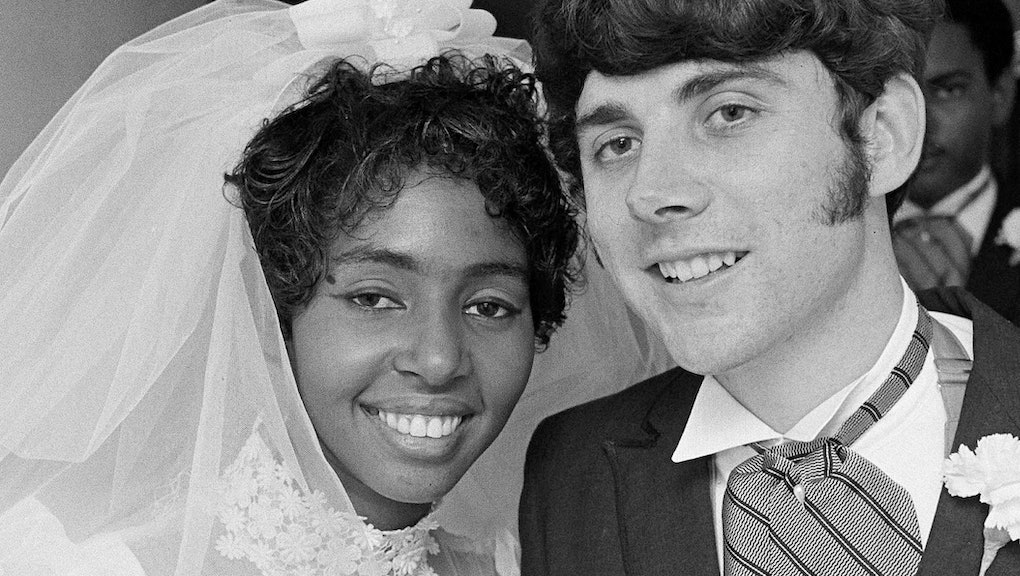 It's 2016, and interracial dating isn't uncommon. But earlier this week, an alleged letter denouncing an interracial relationship sent by a father went viral, making thousands question just exactly what year this is.

Stephanie Hicks and her boyfriend Nike became the subject of online conversation after allegedly receiving the letter from the 20-year-old woman's father. In the letter, the father says, "I hoped I would eventually take the high road and come to accept an interracial relationship. The truth is that I'm human, and I make choices of my own. ... My belief is that interracial relationships are despicable. Vulgar and reprehensible."

"There's nothing worse than a half-black, and I'm crushed that my own daughter has entered into such a disgusting relationship," he continued in the letter.

Forty-nine years ago, however, the father may have been on the wrong side of history, but on the right side of the law.

Read more: This Woman's Tweet About Her Dad Shaming Her for Dating a Black Man Is Going Viral

In 1958, Richard P. Loving, a white man, and his black wife, Mildred, married in Washington, D.C. The couple, originally from Virginia, were convicted under the state's Racial Integrity Act, a law that banned interracial marriages at the time.

The judge, Leon M. Bazile, ultimately found the couple guilty. "Almighty God created the races white, black, yellow, malay and red, and he placed them on separate continents. ... The fact that he separated the races shows that he did not intend for the races to mix," the judge said during the case.

The presiding judge told Mildred "as long as you live you will be known as a felon," according to PBS.

According to PBS, the interracial couple was "hauled from their house and throw into jail, all for the crime of getting married." In 1958, 24 states in the United States banned interracial marriage.

With the help of the American Civil Liberties Union, the couple fought the discriminatory laws. In 1967, the Lovings won the Supreme Court decision, Loving v. Virginia. The landmark case changed marriage across the U.S., overturning restrictive state laws.

But the final law prohibiting interracial marriage was repealed at the turn of the new millennium, in the state of Alabama. The Yellowhammer state held a state-level law until 2000, even though the state couldn't enforce it.

In 1958, only 4% of Americans approved of interracial marriage, according to a Gallup poll. In 2015, Fusion's "Massive Millennial Poll" found that 54% of millennials have dated outside their race, with 88% saying they would be open to it.